It’s Powerful. But Is Jeep’s Wrangler 4xe Too Complex for Overlanding?

Jeep revealed the first-ever plug-in hybrid (PHEV) Wrangler, dubbed 4xe (pronounced four-by-E). It now stands as not just the most technologically advanced Wrangler ever but also the most powerful.

Yes, that’s right; the 4xe churns out more horsepower and torque than any other Wrangler powertrain combo. This is no eco-friendly slouch. This is true 21st century off-roader.

While I am glad Jeep didn’t pussyfoot around with its first entry into plug-in hybrid tech, I have to wonder: Is the 4xe going to be too complex for overlanding? Let’s dig into the specs to see for ourselves.

The Wrangler 4xe is offered in Unlimited guise only — no two-door models are available. We can assume this is because of the packaging requirements for the 96-cell, 400-volt, 17 kiloWatt-hour battery pack located under the rear seat. Jeep engineers bolted the batteries there for off-road protection. You wouldn’t want them to sling it underneath between the ladder frame rails where it might get bounced off a rock (or three).

Power from the batteries is routed to two electric motor-generators. One 44-horsepower motor-generator bolted to the turbocharged 2.0-liter four-cylinder engine. A second 134-hp motor-generator is incorporated into the eight-speed automatic transmission. All told, the 4xe produces 375 hp and 470 foot-pounds of torque. That’s 90 hp more than the Pentastar gasoline V6 and 28 more torques than the EcoDiesel V6.

Recharging the onboard batteries takes 12 hours on a standard 110-volt wall charger. Plug it into a 240-volt outlet and that recharge time drops to two hours.

The 4xe still retains a two-speed transfer case and Dana solid axles front and rear. This is still Wrangler, after all.

Drivers can choose from three drive modes: Hybrid, Electric, and E-Save. Hybrid is a standard of gasoline engine and electric motor-generator driving. Electric allows the vehicle to drive solely on electrons alone — up to 25 miles per charge. And E-Save uses the gas engine to power the vehicle, saving battery charge.

With this additional horsepower and large lump of torque come some weight penalties. Specifically, the 4xe weighs around 830 pounds more than the comparable base Wrangler Unlimited.

Jeep has not yet said what the EPA range per charge/tank is yet. And this may be the most important figure. We’ll be watching closely for that number. After all, why add technical complexity to your overlanding rig if it doesn’t pay dividends elsewhere, like in driving range. 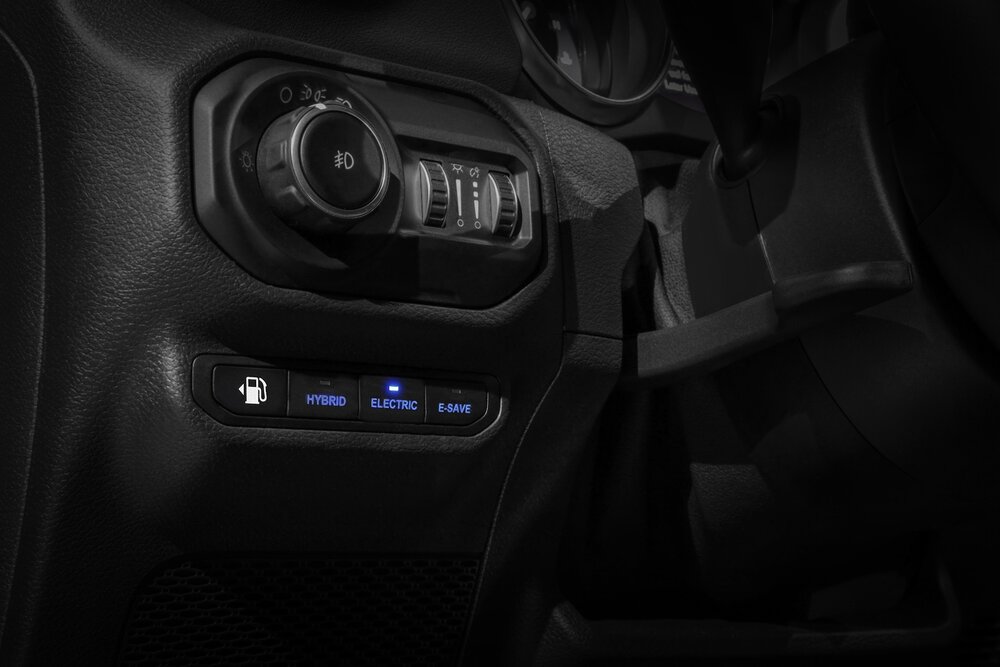 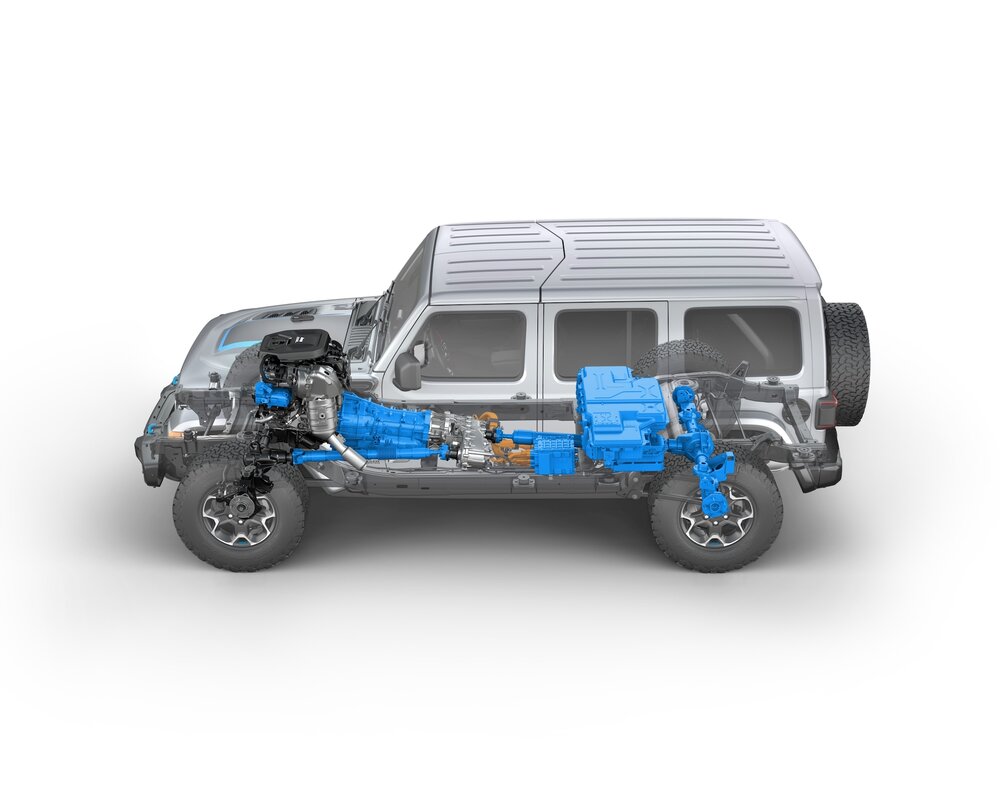 Potential range gains aside, we have to wonder if the 4xe is worth it. We can assume the 4xe will cost upwards of $40,000, so it won’t be cheap. And although Jeep hasn’t ever dipped its toe into the PHEV world before, its parent company Fiat Chrysler Automobiles (FCA) has been successfully running Pacifica minivan PHEVs for years. Although it’s new to Jeep, it’s not new to their engineers, which is a good thing.

While the 4xe may be more complex than, say, a 2020 Tacoma, it’s not out of the range of modern complexity. After all, the all-new Defender is incredibly complicated. And there are plenty of overlanders champing at the bit to hit the trail with those.

Ultimately, I can’t say definitively in either direction if the 4xe is right as an overlanding rig. That is until the combined gas tank/battery charge range figures are released. I promise I will answer that question once we have those figures, though.

Written by Nick Jaynes. You can follow Nick @nickjaynes