It took us most of the morning to skirt the eastern shoulder of the Southern Patagonia Ice Field.

To our left, shimmering at the edge of the golden steppe, lolled the tongues of Grey and Perro glaciers and the eponymous lakes into which they slowly melt each year under Chile’s austral summer sun. Above them were the impossibly jagged towers of our destination, wrapped coyly in bruised-white clouds and evading full view: the Torres del Paine.

The Nissan’s tires had churned out silky grey glacial dust for hours and hours, and yet the three Torres seemed to remain exactly the same size, never growing larger and ever teasing us with the wanting to be there, to finally see one of the most legendary of places on our Bucket List.

This phenomenon was our introduction to the First Law of South American Travel: An object in the Andes stays on the horizon at exactly the same place for a very, very long time.

We crested yet another hill and suddenly they were there. They literally took my breath away — deep blue-black shards of rock and ice shooting up impossibly high, a full 9,300-plus feet filling all of my vision.

As I gaped at the towers, clouds and circlets of sparkling aquamarine lakes, Jonathan remarked, “Now the perfect thing would be to see a condor.”

And just like that a condor soared over the nearest hill, tilting back and forth in the boisterous mountain air on its eleven-foot wingspan. It seemed to give us a once-over, then banked to the west and sailed off to look for a late afternoon snack on the pampas below.

I came to know this phenomenon as the Second Law of South American Travel: The enormity of objects in the Andes is directly proportional to place itself.

We were only on day three of our 10,000-kilometer northward journey, driving a diesel Nissan Navara from Ushuaia, Argentina, to Arequipa, Perú, and already we had fallen in love with South America. We had walked among penguins on an island in the Beagle Channel with Antarctica looming just over the horizon; we had camped on the shores of the Southern Ocean as the Southern Cross rose to the east; and we had already seen two species of fox, dozens of guanacos (think wild llamas), several rheas (large flightless birds similar to ostriches), a stunning black-chested buzzard eagle, and now an Andean condor.

Although we had wanted to explore South America for decades, this was an unplanned trip that literally began with a call: “We have a truck in Ushuaia and need someone to drive it to Perú. Do you know anyone who might be able to do that?” This was Lars Caldenhoven, an Overland Expo exhibitor who lives in Arequipa, Perú, and runs motorcycle and 4×4 tours throughout South America with PeruMotors.com.

It was right before Christmas a few years ago. I looked at the calendar—February was free. I Googled flights from the U.S. to Buenos Aires and back; surprisingly affordable on LAN Airlines. I looked at the account where I had been saving up for a new Macbook Pro. Yup, that ought to do it—the old Macbook is seven years old, what’s a few more months? “Jonathan—!” I called over to the next office. “How would you like to drive from Ushuaia to Perú in February?” Short (very) pause. “Sure!”

We were in. When South America calls, you go. 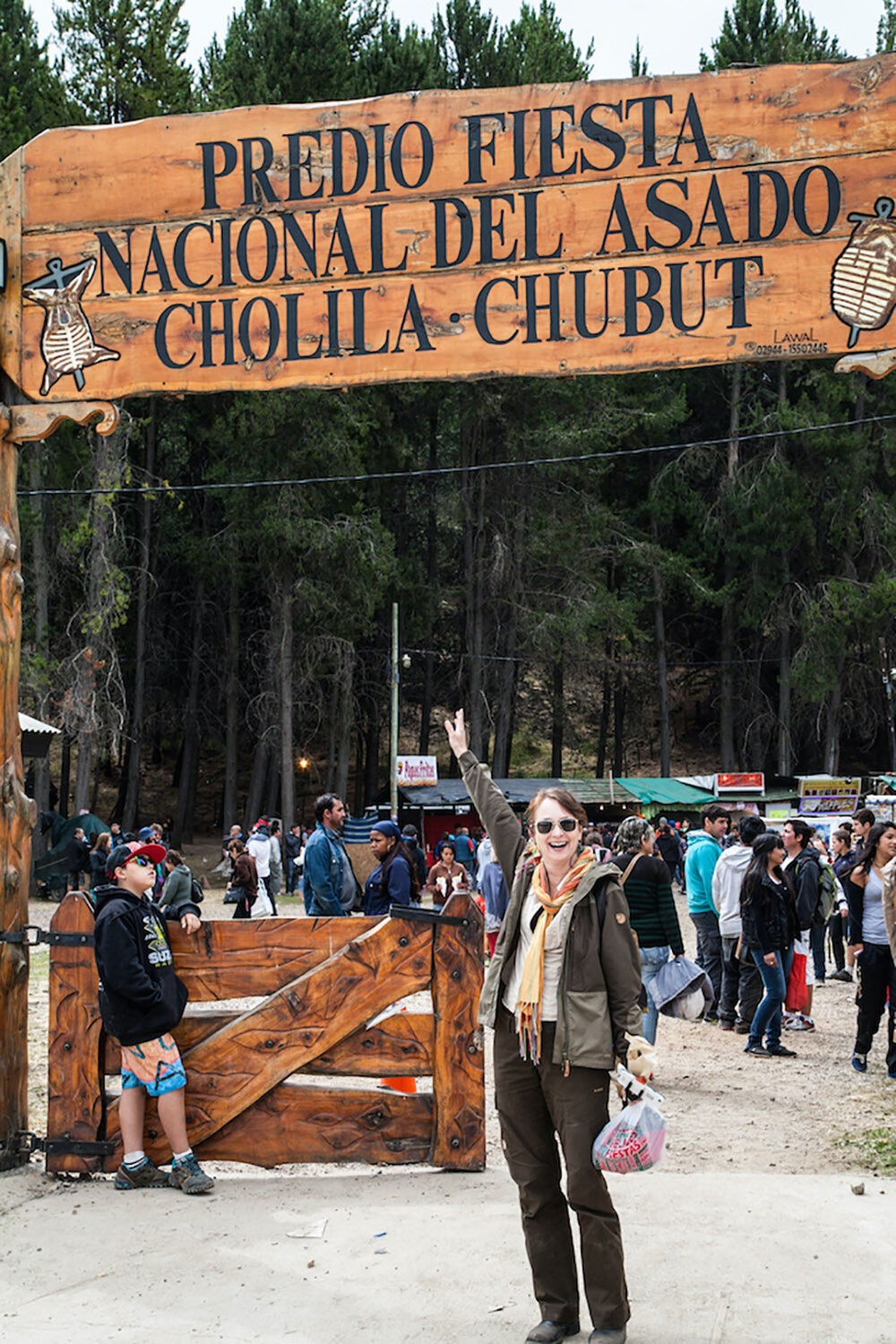 We stumbled on the epic National Festival of Asado, the classic Argentine BBQ, in Cholila off Ruta 40, a town more famously known as the location where Robert Leroy Parker and Harry Alonzo Longabaugh tried their hand at ranching (unsuccessfully; they were better known as Butch Cassidy and the Sundance Kid). | Photo: Jonathan & Roseann Hanson 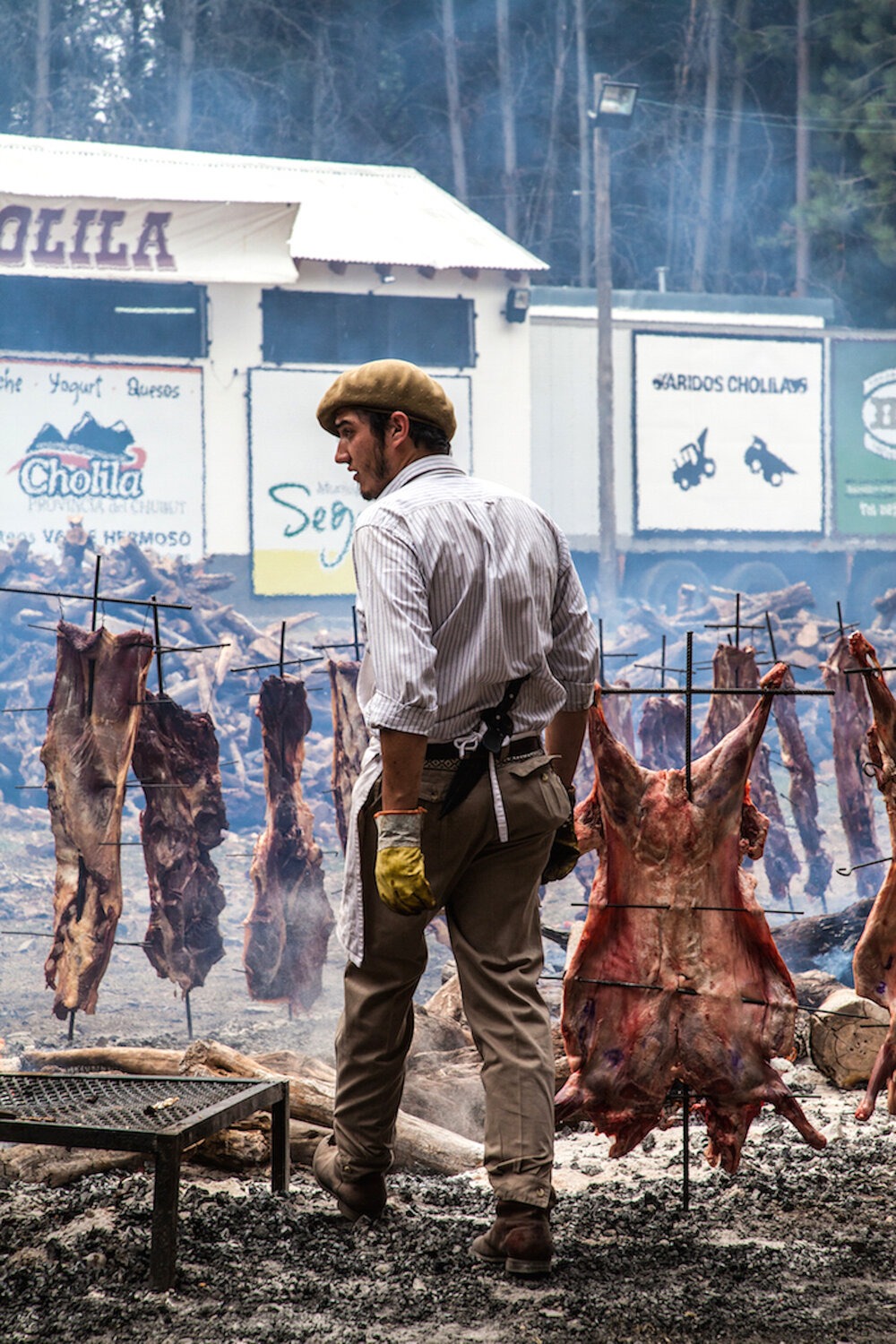 We stumbled on the epic National Festival of Asado, the classic Argentine BBQ, in Cholila off Ruta 40, a town more famously known as the location where Robert Leroy Parker and Harry Alonzo Longabaugh tried their hand at ranching (unsuccessfully; they were better known as Butch Cassidy and the Sundance Kid). | Photo: Jonathan & Roseann Hanson

With almost no time to plan (we already had a two-week Christmas vacation planned with family), we decided to embark on this trip in the manner we have come to enjoy the most, though it’s not always easy—what I call freestyle travel. My life at the time revolved around intense planning, with two Overland Expos to keeping me hopping. When we go on an overland journey, I really don’t like to plan much. Schedules make me chafe. When we picked up a three-week rental Land Rover in Arusha, Tanzania, in 2010 we had paper maps, a Rough Guide, a GPS-equipped iPad with downloaded maps, and no plans. We just headed south, choosing our destination for the next day usually the night before—sometimes the morning of our travel day.

I love the constant discovery of this way of travel, the fact that every day is an unknown. It guarantees you will experience the extremes of travel—the good and the bad. Hyper-planned travel—with a daily itinerary accounting for every kilometer and every minute—will cut out the extremes on the travel-experience spectrum and deliver a good trip, pretty much guaranteed. But there is something I love about the gems of unexpected experiences that come with freestyle travel. Perhaps it’s because these gems are enhanced by the hard knocks, balancing the process.

A perfect example of a freestyle day on this South America journey happened in northern Chile. Our rough destination was to camp on the coast south of La Serena, but without exhaustive research ahead of time we were not sure what actually existed. So we went freestyle. Which meant we found out about 5:30 pm that there is not any good camping where we had intended, so we pushed on to a supposedly good beach town with lots of inexpensive hotels. Not realizing it was a major two-week holiday period for Chileans, there was nothing to be had. So there we were driving around and around the congested one-way streets of old-town La Serena at 9:30 PM, stopping at every hostería we could find, with no luck.

Finally, completely weary and grumpy after 14 hours on the road, just as we had resigned ourselves to either sleeping in the truck (freestyle has its limits: driving at night on unfamiliar roads in most rural areas is not a smart thing to do), we turned a corner and found, with secure courtyard parking, the affordable Hotel Cristobal Colón right off the main square.

After we cleaned up we headed out to find some food, figuring we’d have to settle for something quick and cheap—and discovered a vibrant street party on the Plaza, with craft vendors, dancers in Andean costume, and some of the best music we’ve ever heard, a Chilean-Cuban salsa called ”charanga.”

Munching spicy beef churrascos (sandwiches), sipping a Calafate ale and a Malbec, our blood pressure sank in direct correlation with the cooling the night air.

We sighed and clinked glasses and reveled in the Third Law of South American Travel: For every annoyance that happens there is an equal and opposite moment of joy.

Route: Ushuaia, Argentina to Arequipa, Peru, via Ruta 40 and the Pan-American Highway.