Does the New Defender 110 Hold Up to the Legacy of the Original?

Driving around in the Defender, I couldn’t help but think of “Star Wars.”

Specifically, I couldn’t shake the second episode of the third “Star Wars” trilogy, “The Last Jedi,” from my skull.

Things were changing, the writer, Rian Johnson, screamed at the audience through Ren. There was no sense in looking backward anymore. The past was the past.

The “Star Wars” you loved was dead and was never to return. We better get over it and move on.

Things have changed a lot at Land Rover since the Defender was yanked from the U.S. in 1997.

Land Rover’s engineering focus especially changed during that time. It has moved away from clunky old V8s and transitioned to forced induction inline four- and six-cylinders. It doubled down on its obsession with aluminum bodies and mastered the all-aluminum monocoque chassis, leaving ladder frames by the side of the road. 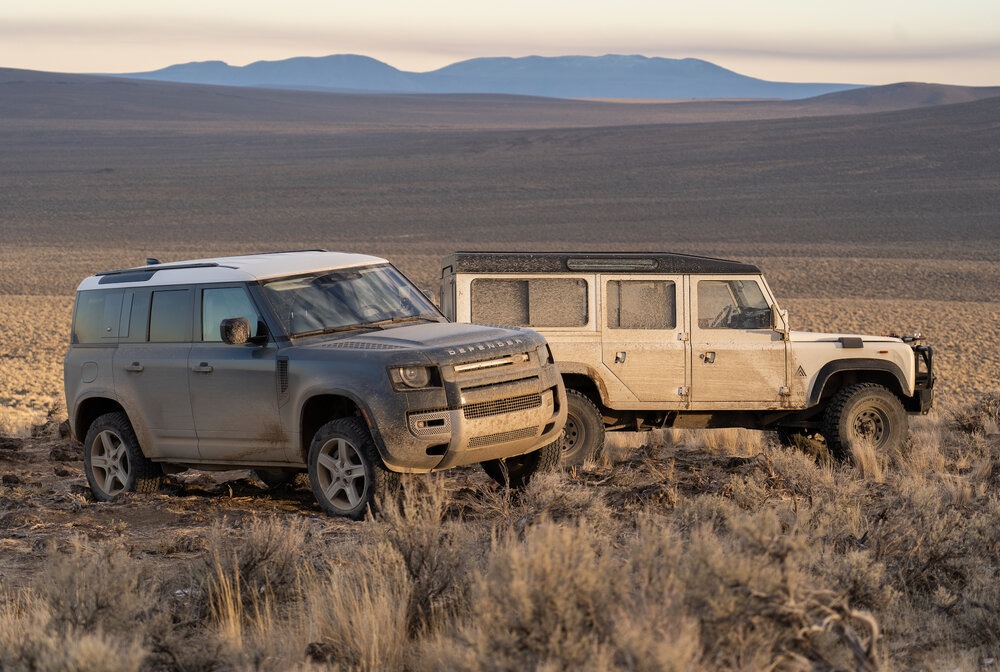 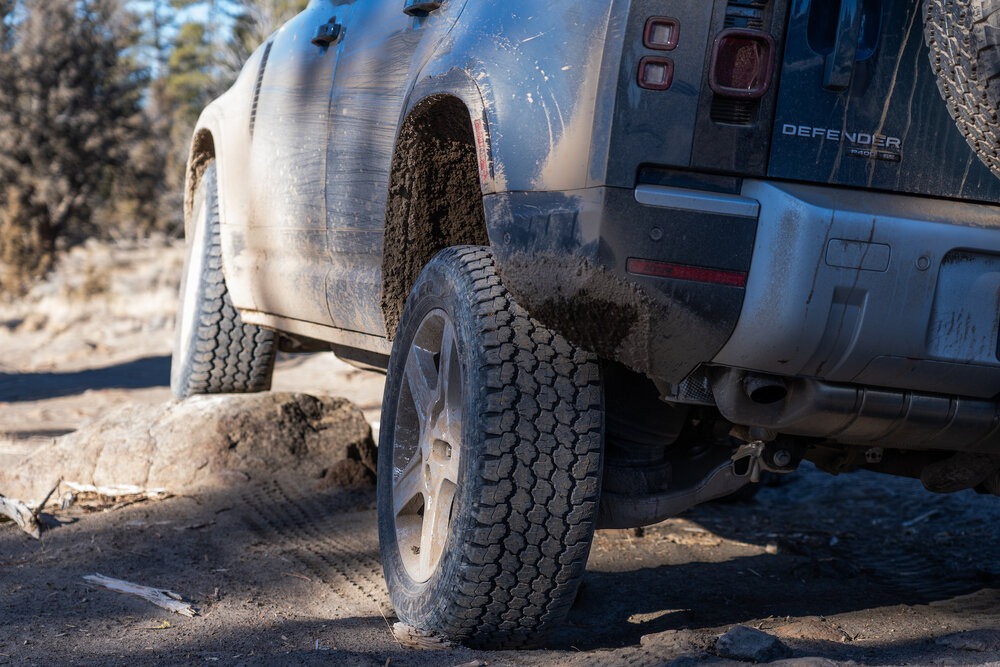 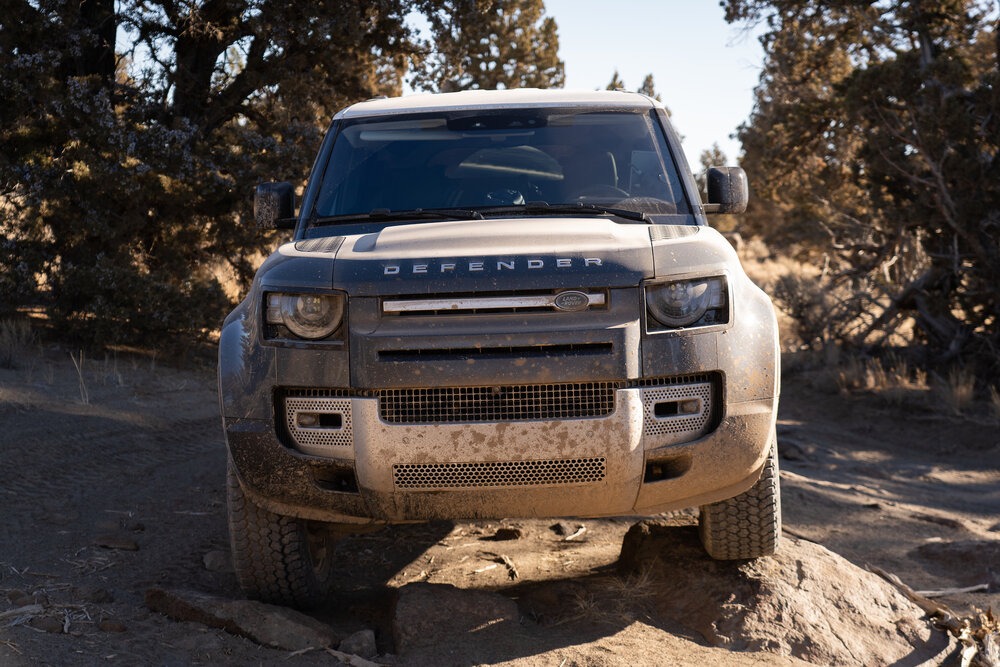 In the same vein, Land Rover engineers tossed solid axles in the parts bin of history and replaced them with independent air-ride suspension systems controlled by computers.

The result of this monumental evolution in brand ethos is not a Defender that tenderly picked up where the last one left off 23 years ago and carried it forward a bit. No, this new one was as different as you could imagine. If the last Defender was steak and eggs, the new one is aerated lobster bisque.

I tested the 2020 Defender 110 SE powered by the new Ingenium 3.0-liter inline six-cylinder engine designated by its P400 moniker. It produces 395 horsepower and 406 foot-pounds of torque. It is backed by an eight-speed automatic transmission.

Beyond that, my tester had the 20-inch wheels wrapped in one-brand-only P255/60R20 Goodyear all-terrain tires. It also had a slew of packages, including Driver Assist, Cold Climate, Off-Road and Advanced Off-Road Capability packs (together were an additional $2,080), and Comfort and Convenience pack. All said and done, my tester came out to $62,250.00 — not a small sticker price.

READ MORE: WHICH JEEP IS BEST FOR OVERLANDING?

For that money, the interior is pretty spartan. Over the week I had it, I grew to appreciate the simple, uncluttered interior that cribbed designed cues from the original Defender. The open-cubby dash, for example, was a nice touch.

The cabin had enough tech touches, including the 10-inch touchscreen in the center dash, to feel premium without feeling like it was too luxurious to get dirty. I especially liked the soft-touch details on the dash that looked like they were made from neoprene. 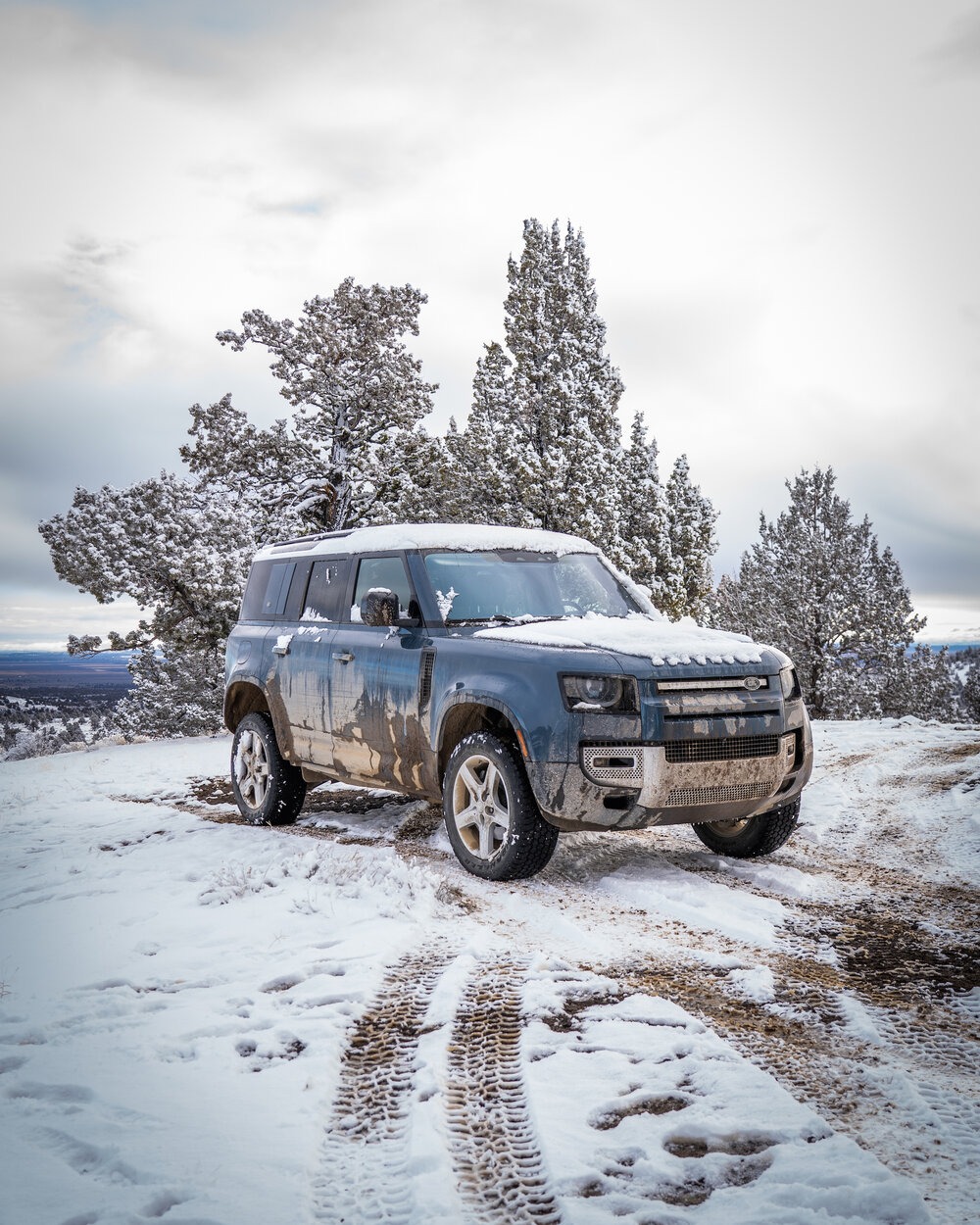 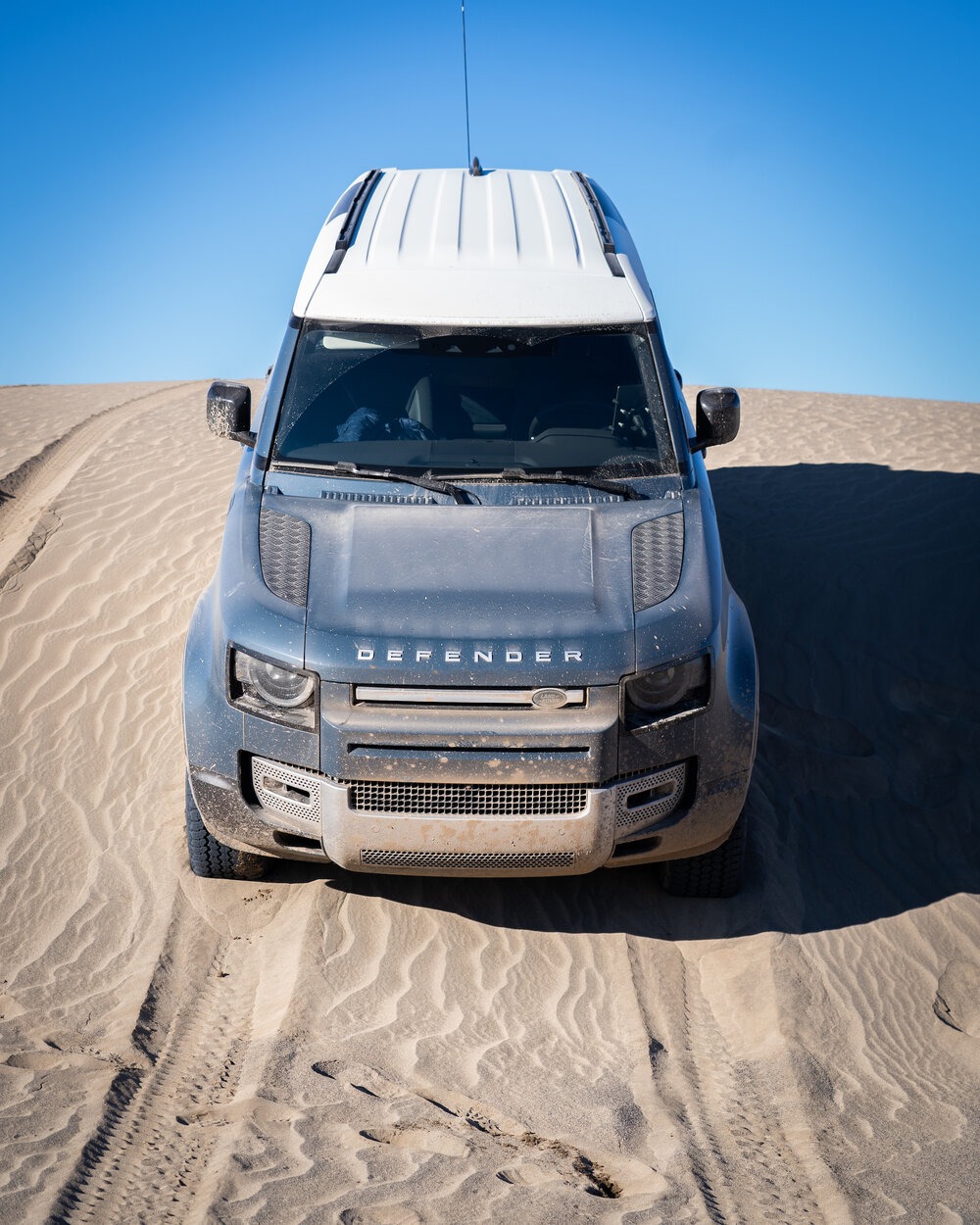 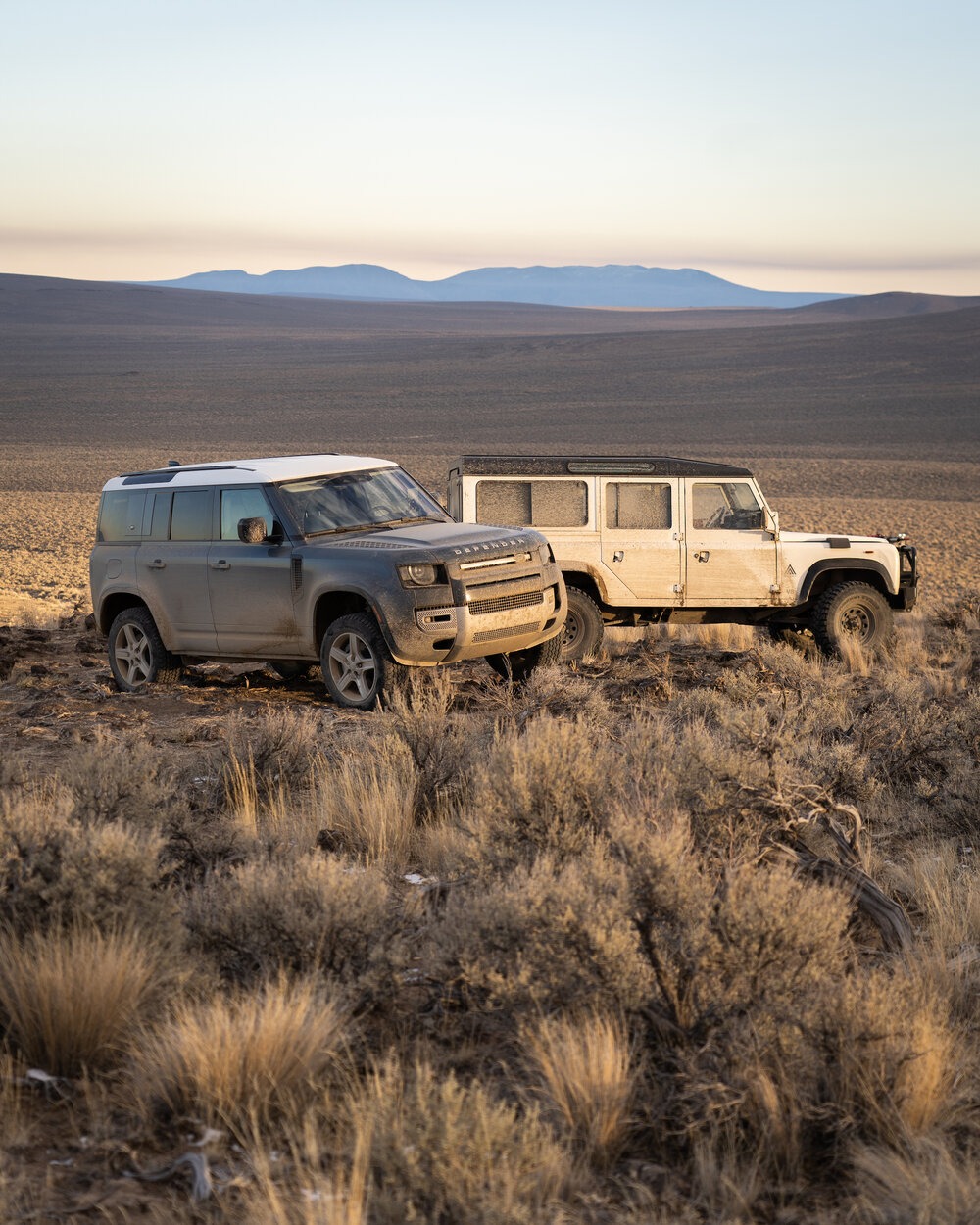 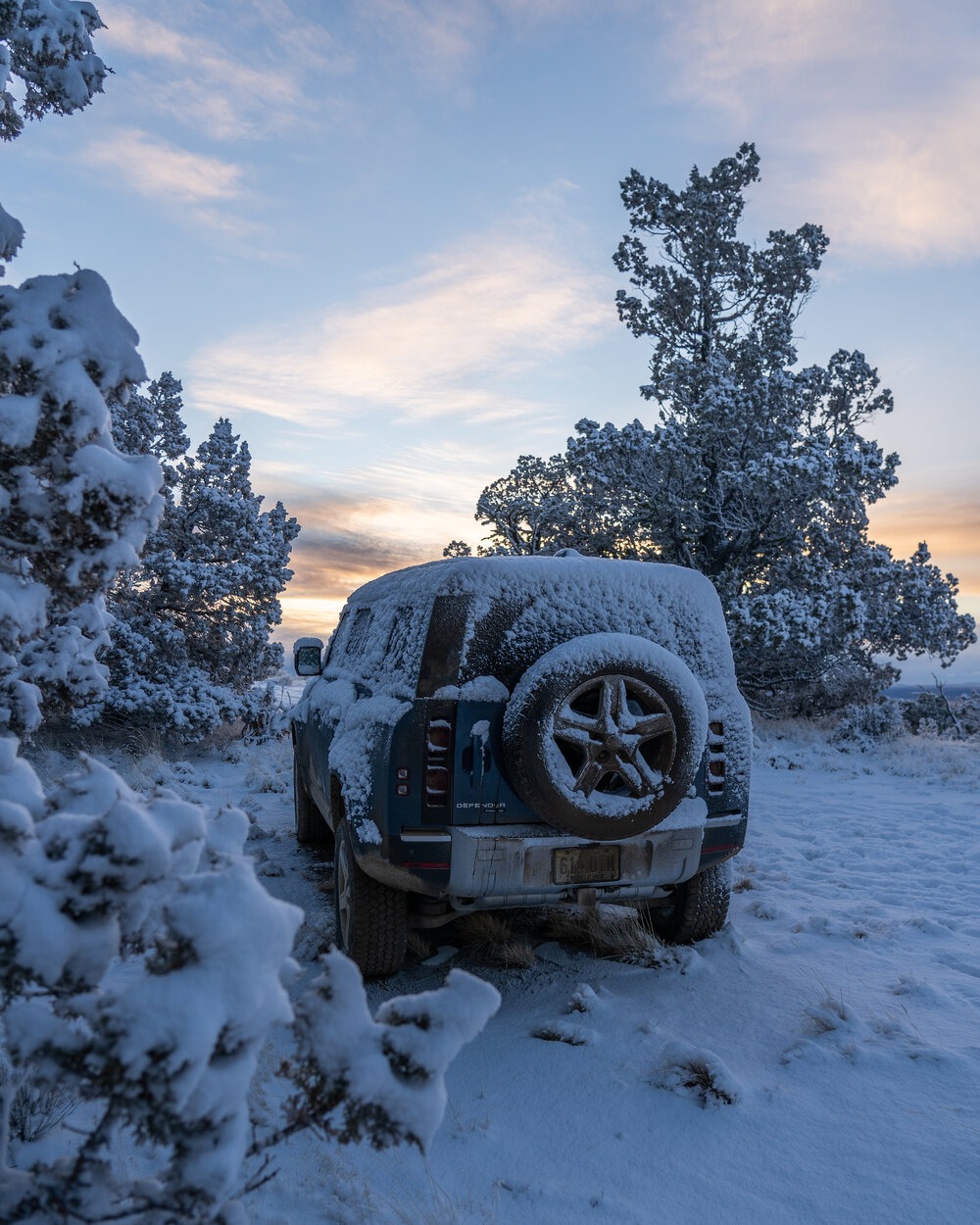 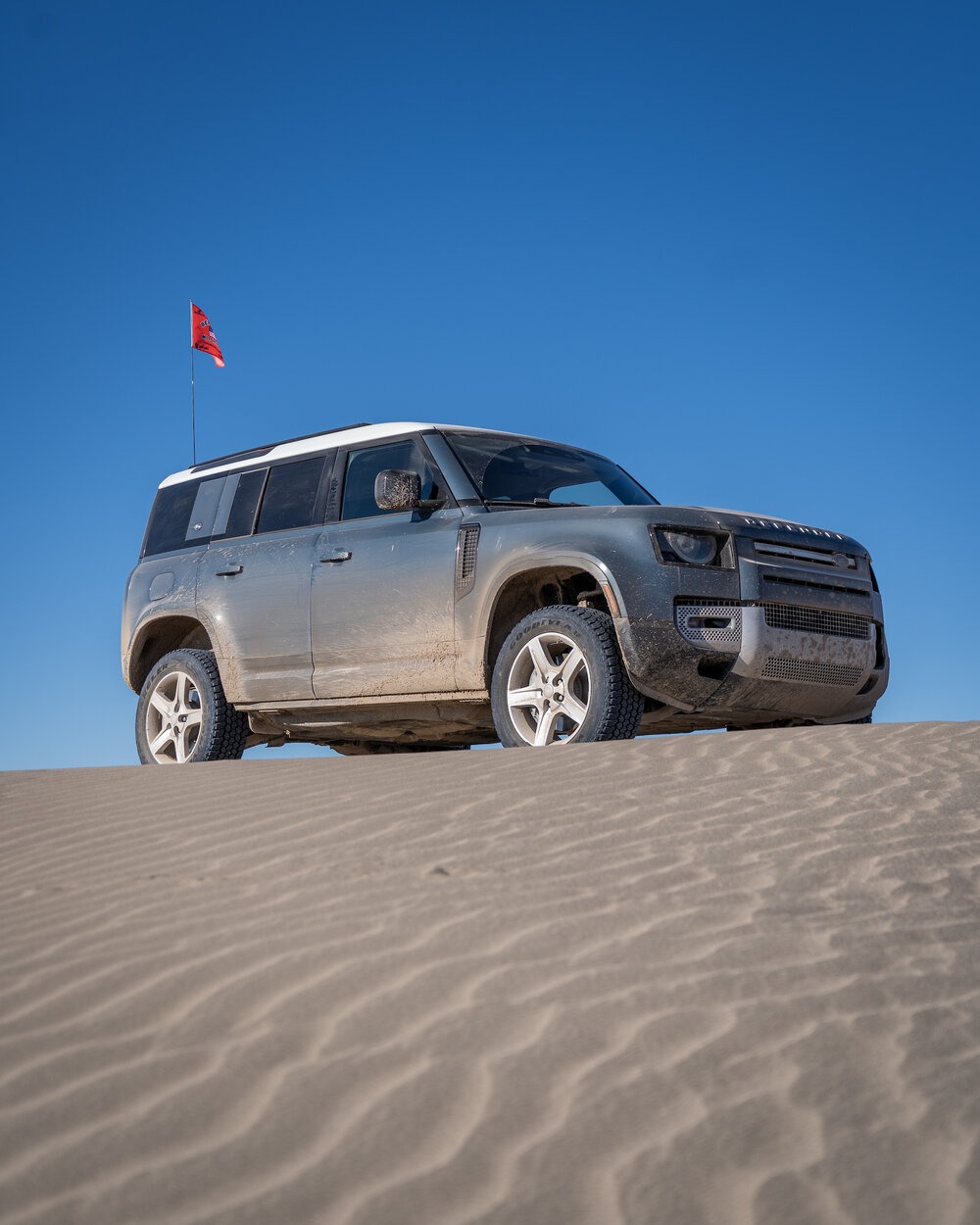 There’s plenty of room in the thing — not as much as you might imagine from looking at it, though.

Since the Defender isn’t as tall as some of its brand stablemates, storage space behind the rear seats is kind of limited (34 cubic feet to be exact) — at least, from an overlanding point of view. With the rear seats down, it’s pretty cavernous with 78 cubic feet of cargo space.

If you’re a family of four attempting a weeklong overland journey, without overwhelming the roof rack with gear, you’d likely need to pull an adventure trailer to ensure you brought all the stuff you’d need with you.

The P400 Ingenium engine absolutely scoots. Despite weighing in around 6,400 pounds when loaded up (we stopped at a weigh station), the Defender 110 P400 is a virtual rocket ship with the hammer down. I was really impressed with its acceleration. Honestly, though, straight-line speed matters little in overlanding.

I think the most telling moment I had in the Defender was on a steep, rocky hill climb. Chugging up the hill, the 110 lost traction and brought itself to a stop. Traction control clunked, as the computers sorted out how and where to put the power, so the machine could keep moving. After a few seconds, it sorted it, and we continued the climb.

“Now, there,” I thought, “there is what distinguishes the Defender from other rigs. Nothing else could have done that drive quite like that.”

I felt sort of smug, feeling I’d finally cracked what made the Defender special — it’s computers did what old fangled technology couldn’t.

This feeling lasted about another 90 seconds until I watched my buddy in a stock Wrangler Sport JKU climb the same section. And he did without needing to pause, as the Defender had.

From that moment on, I was constantly searching for instances of specialness, indications of its glory.

“Oh, holds a straight line down the highway very well,” I thought. Then I remembered, “No, that’s not remarkable in 2021. Remember, you normally drive a Gladiator on 37s, you doofus.”

Tracking straight down the highway is sort of the minimum these days for all other vehicles outside the Jeep brand. 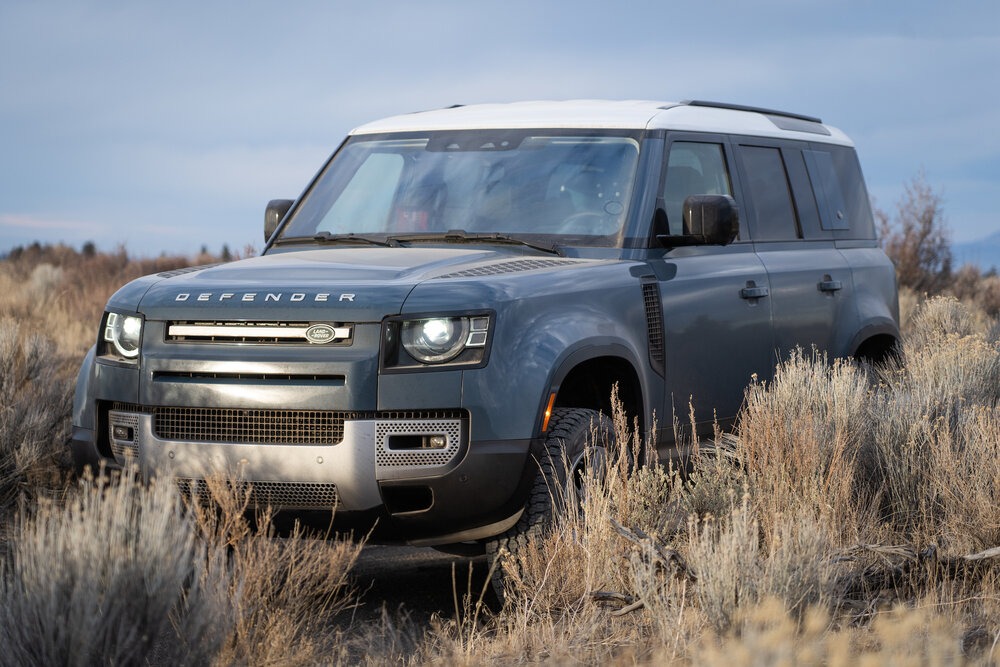 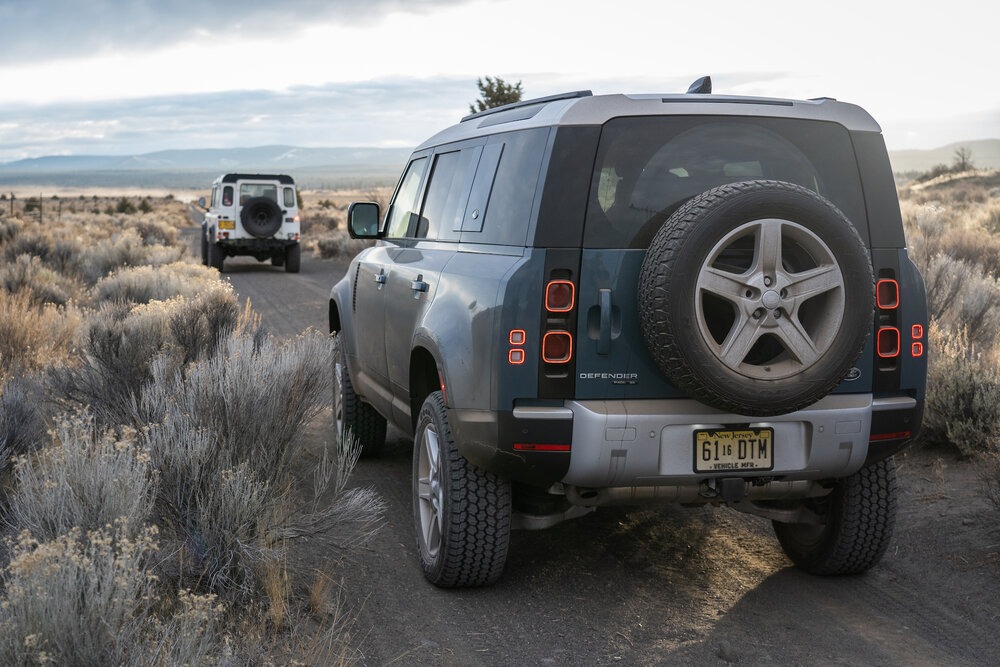 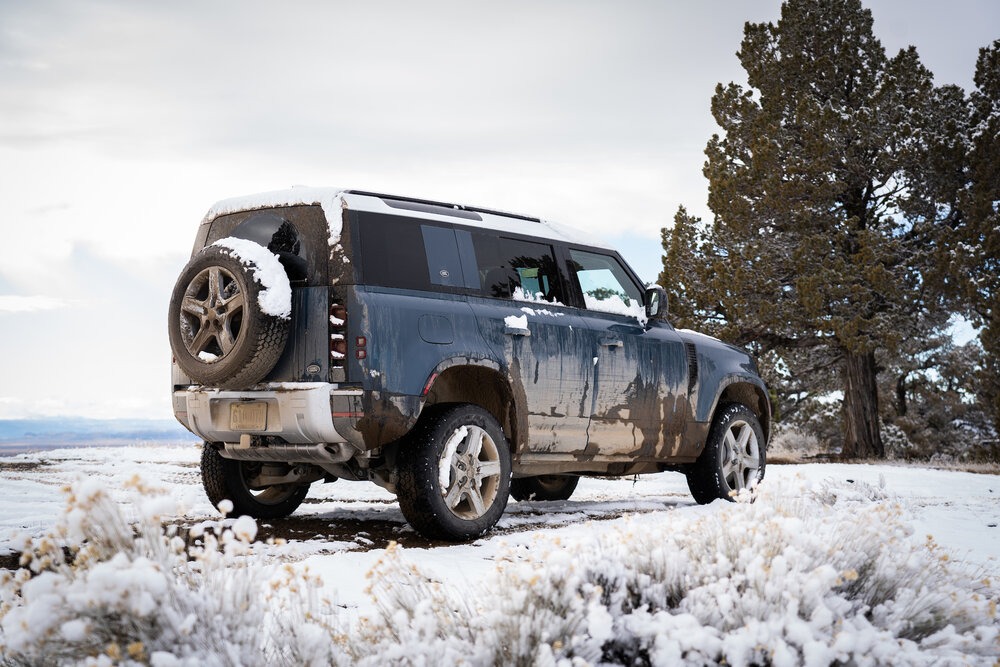 The only issue I encountered with the Defender was when I ended up gouging a tire on the trail. Given the diameter of the 20-inch tires and the relatively short sidewall of the factory specified Goodyear tires, this was inevitable. The factory calls for something like 48 PSI in the front tires on the 110 and 51 PSI on the rear. I aired them down to 35 PSI, as the rough roads were shaking my jaw loose. However, with such short sidewalls, I couldn’t spare any more pressure.

To put it plainly, the 110’s stock wheel and tire combo are untenable.

I wouldn’t recommend hitting trails of any sort of difficulty with wheels bigger than 18 inches. To that end, I don’t recommend venturing out on a remote adventure with one-brand-only tires. Should you slash two of those rarified Goodyears, you’ll be hard pressed to find a couple spares in fewer than five days. That means upgrading to a more readily available tire size.

If you’re doing that, you’d be well served to bolt up a smaller diameter wheel, so you can get tires with taller sidewalls. You can fit the P300’s standard 18-inch wheels to the P400. It requires modifying the rear brakes, Land Rover told me.

Sure, it’s a bit annoying that you have to modify a $62,000 rig to fit smaller wheels to thereby fit larger tires. Modifying is the name of the overlanding game, though, so I won’t complain too loudly about it.

After a couple agonizing weeks of hemming and hawing and going back and forth, I’ve finally figured out how I feel about the all-new 2021 Defender 110. It’s good, but not for the reasons you might want to hear. If you were hoping for a 21st century take on the last Defender, you’ll be sorely disappointed.

Yes, Land Rover has chucked the hardcore hardware of the old Defender in the trash and replaced them with an off-roading supercomputer. But that’s not necessarily a bad thing.

Let’s be honest, the old Defender was pretty hard. It looked incredible, but it was breaky and leaky and lacked virtually all creature comforts. This new one is super comfortable and compliant — things the last one never was.

What kept my brain circling back to “Star Wars” while driving the Defender was the realization that you can never go back. I realized that we don’t get to decide what is or is not worthy of a brand or nameplate.

It’s not for me to say the new “Star Wars” movies aren’t really “Star Wars.” The folks at Disney who now own the franchise get to decide that. Ditto Land Rover. It’s the men and women at Land Rover who rule what is or is not worthy of the Defender nameplate, not us rearward looking fans.

Over the years, I’ve come to admire the new “Star Wars” trilogy. Do they have the same spirit as the original movies? No. Are they pretty fun, enjoyable movies? Yeah, they are.