The Ford F-150 Raptor was once just a weekend desert-dominating runabout for well-heeled Arizonans and Southern Californians. I mean, it’s still definitely that. But now it’s transformed into something more. for 2021, the Raptor is a go-anywhere luxury truck filled with tech and a worthy basis for the most extreme and adventurous overland rig.

The first thing you’ll notice when looking at the new Raptor is its exterior styling upgrades, which Ford says were inspired by the F-22 Raptor fighter jet. Although certainly neat, cribbing automotive designs from jets isn’t new — it started in the 1950s. So, let’s skip past the power-bulge hood replete with heat extractors and get to the most interesting technical details. 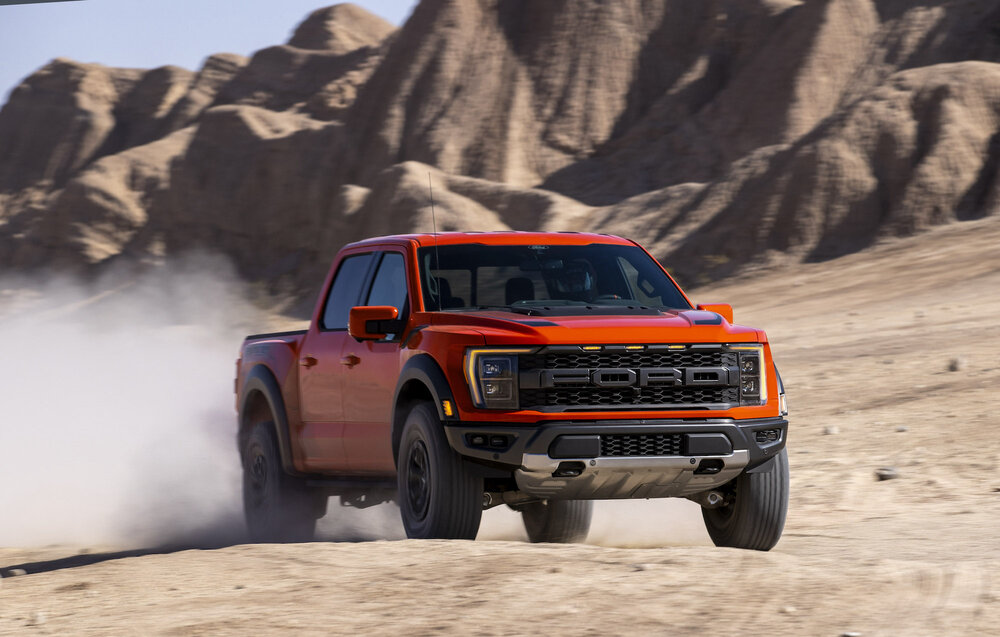 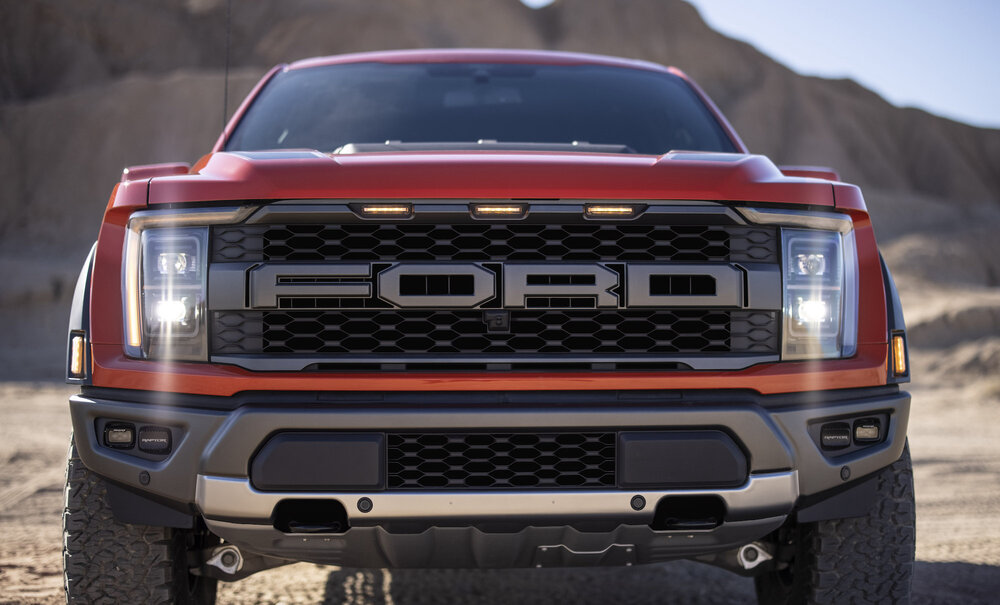 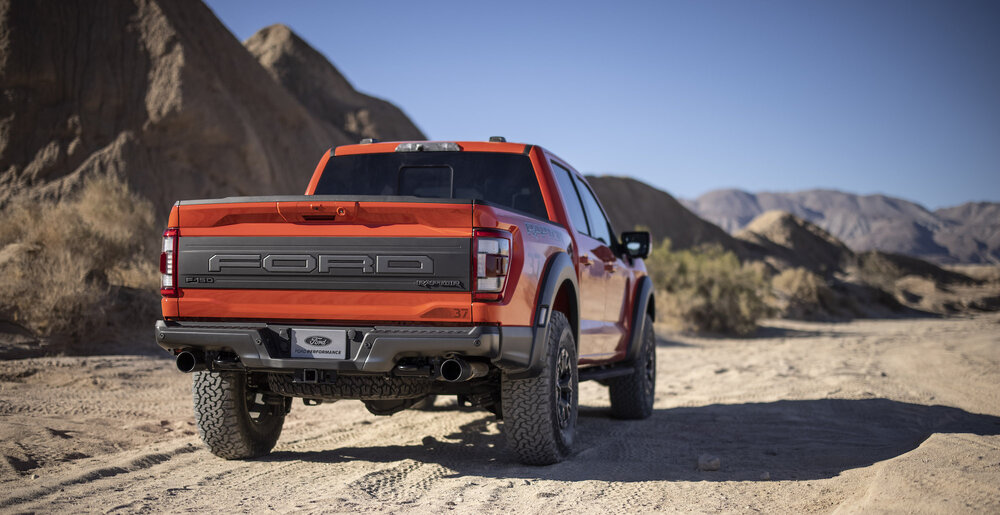 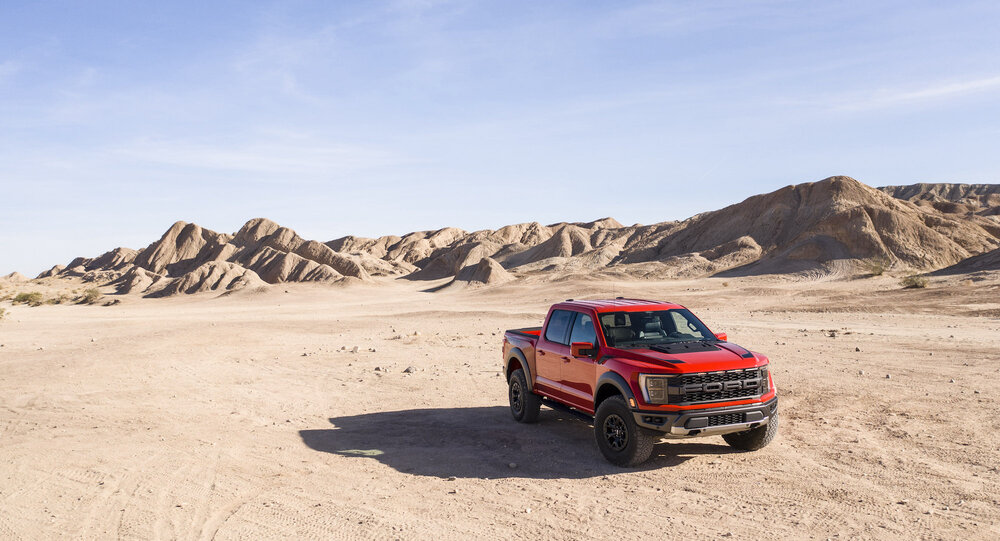 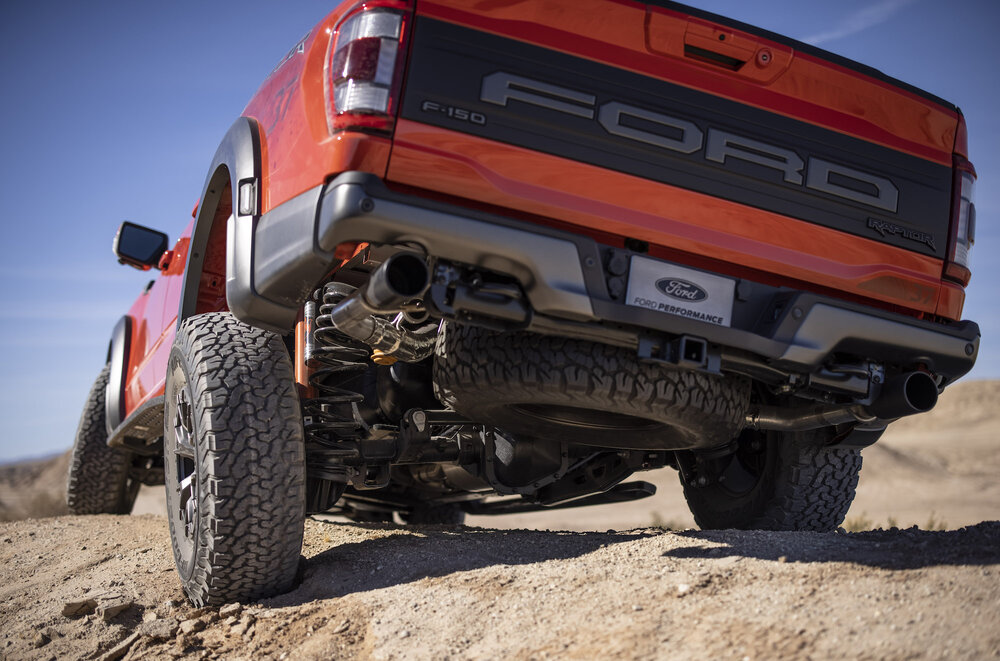 Although the previous Raptor generations have been impressive, this new Raptor is something else altogether. Its new suspension, when running the stock 35-inch tires, offers 14 inches of wheel travel in the front and 15 inches in the rear, representing a 25% increase. The latter is thanks to the Raptor’s new five-link rear suspension.

At all four corners, the Raptor features 24-inch coil springs (longest in its class) backed by FOX’s new 3.1-inch diameter shocks with Live Valve Tech that can electronically adjust damping up to 500 times per second. This, for those who aren’t aware, is about as fast as the human brain can process visual information. Therefore, the Raptor’s suspension can adapt to the terrain as fast as the driver can see it — and maybe even before that. What’s more, the shocks can handle 1,000 pounds of damping per corner at desert-driving speeds.

Powering the new Raptor is Ford’s high-output 3.5-liter EcoBoost V6 mated to a 10-speed automatic transmission. Ford isn’t saying how many horsepower the Raptor’s ‘Boost engine puts out. But the Blue Oval did divulge that, with the 36-gallon fuel tank topped off, a driver can achieve an EPA-estimated range of 500 miles per tank. 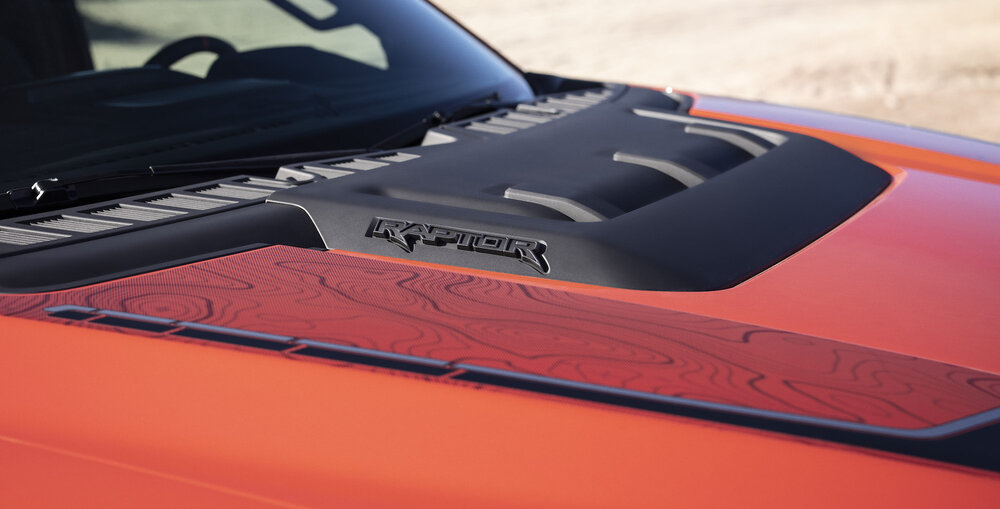 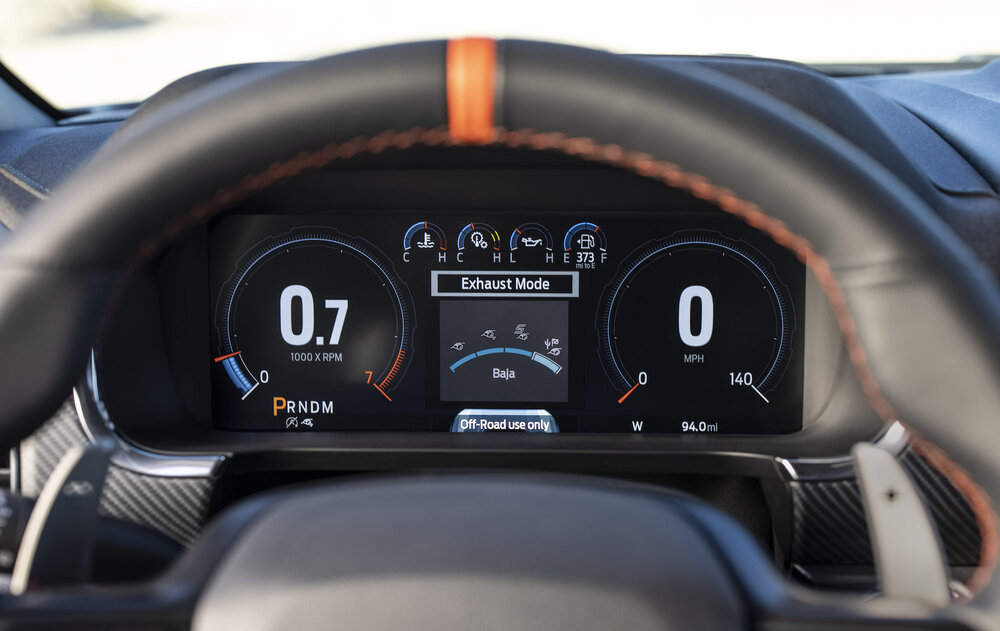 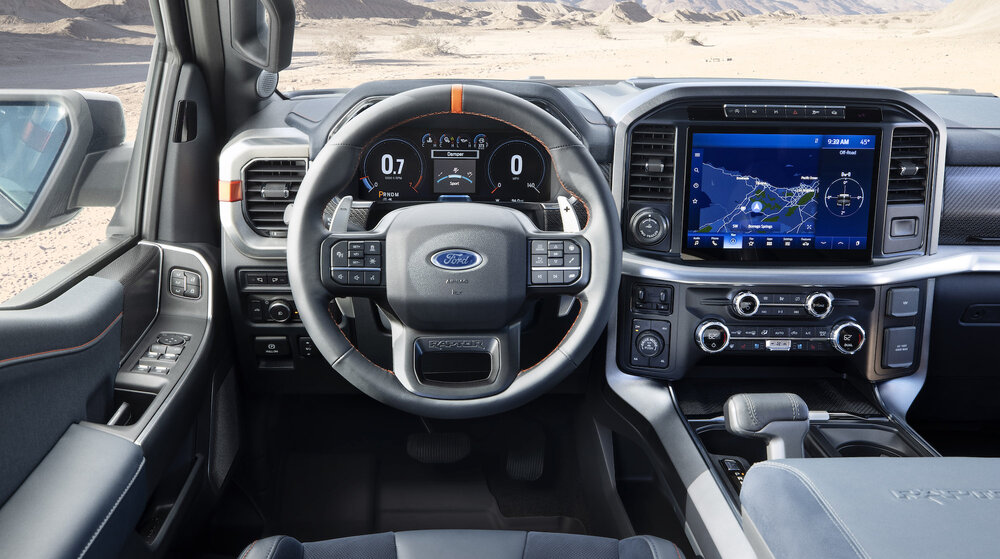 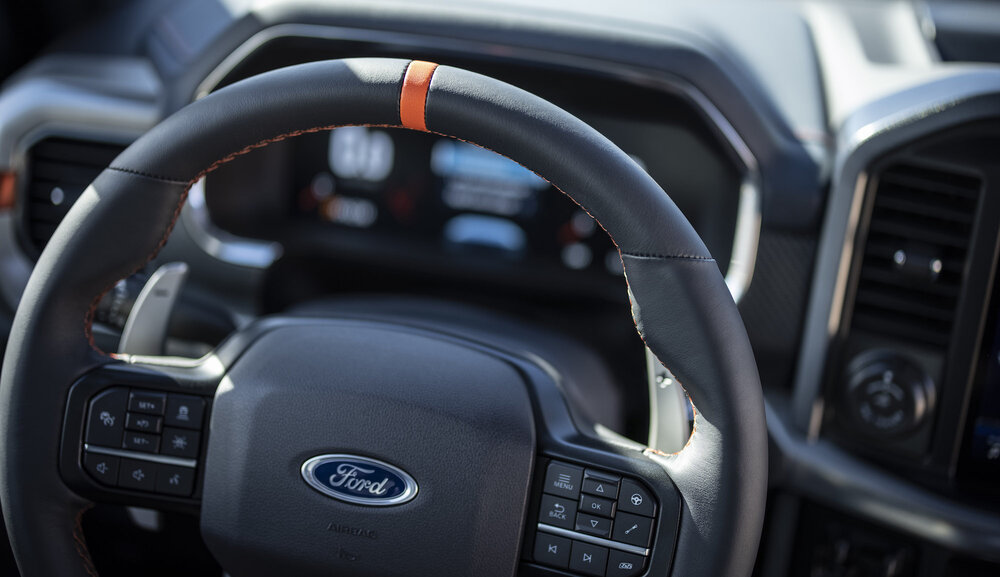 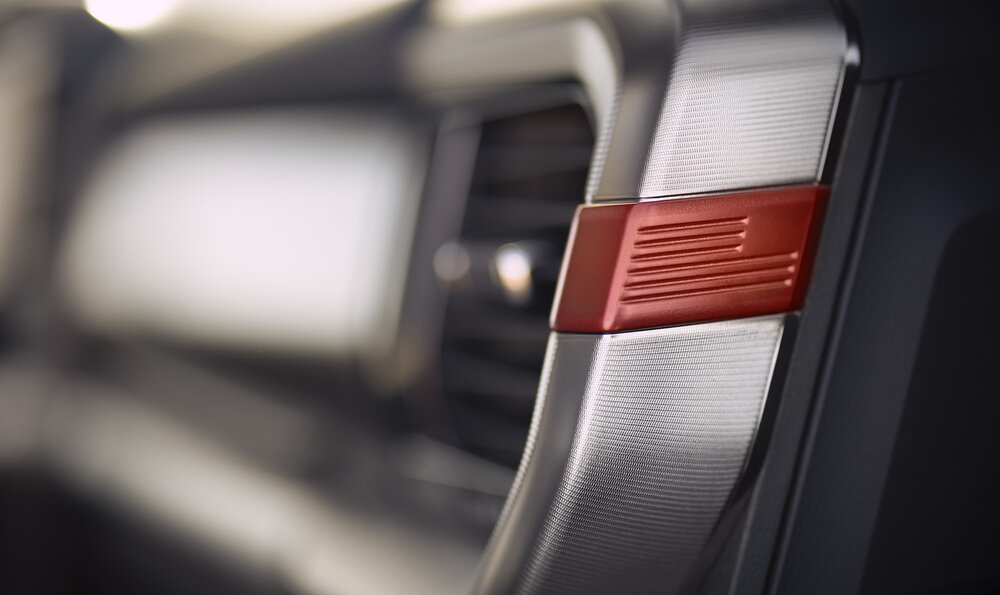 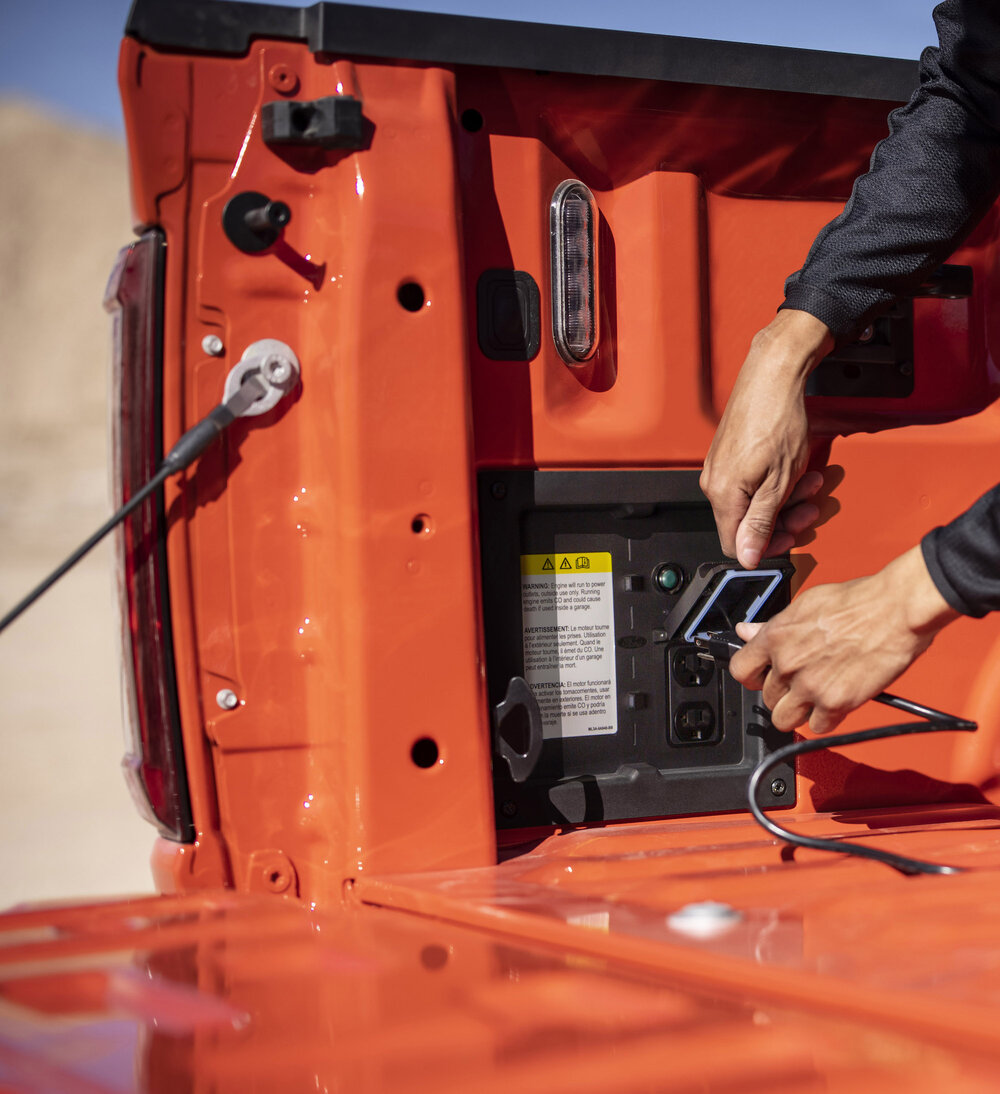 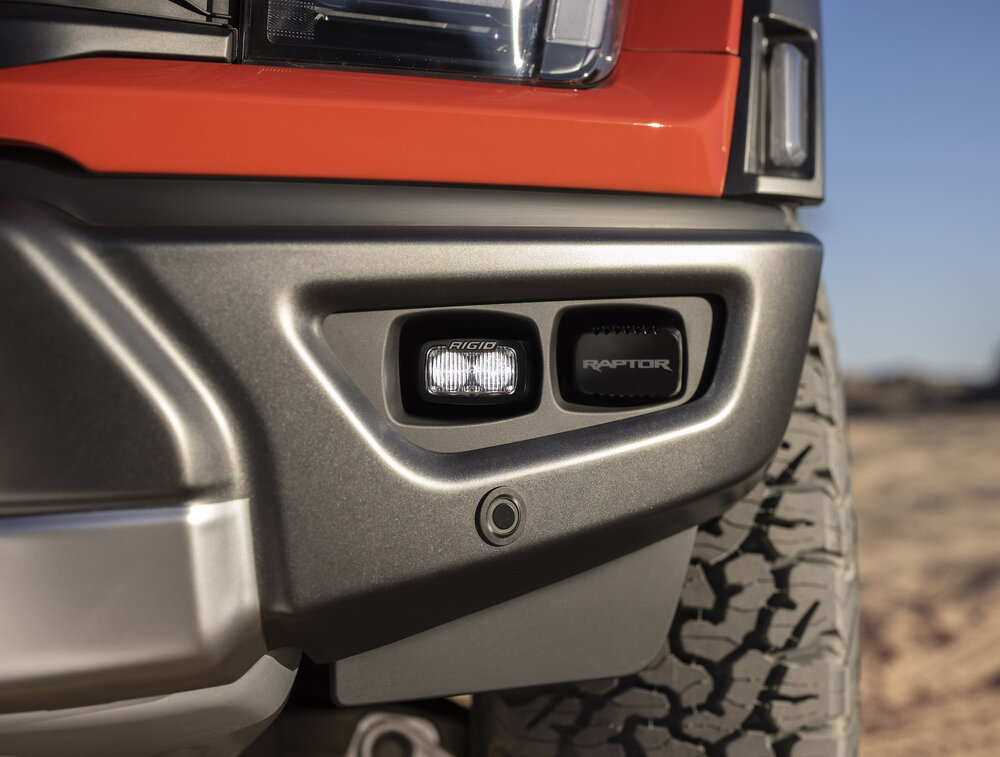 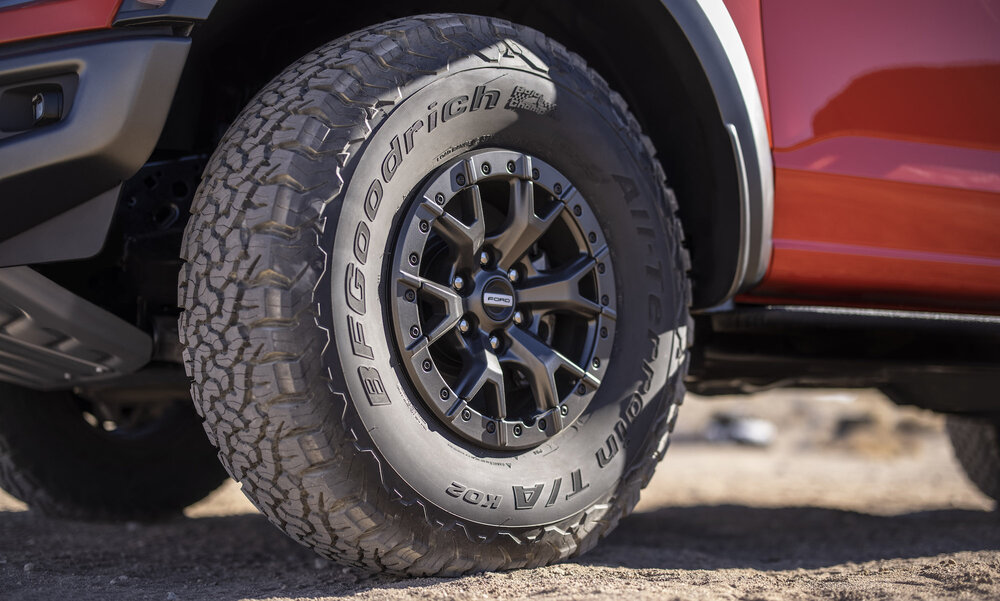 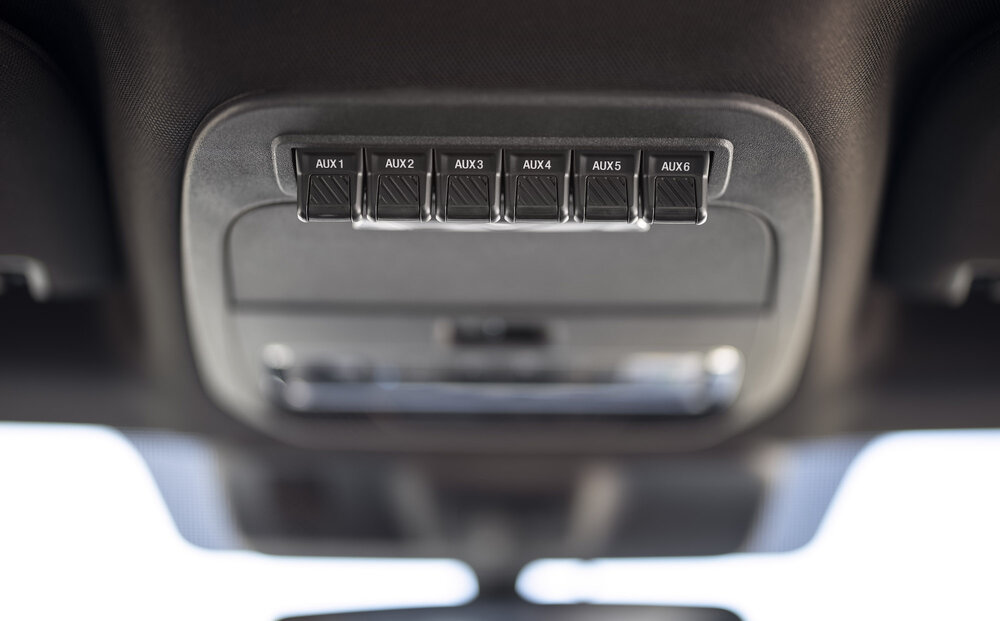 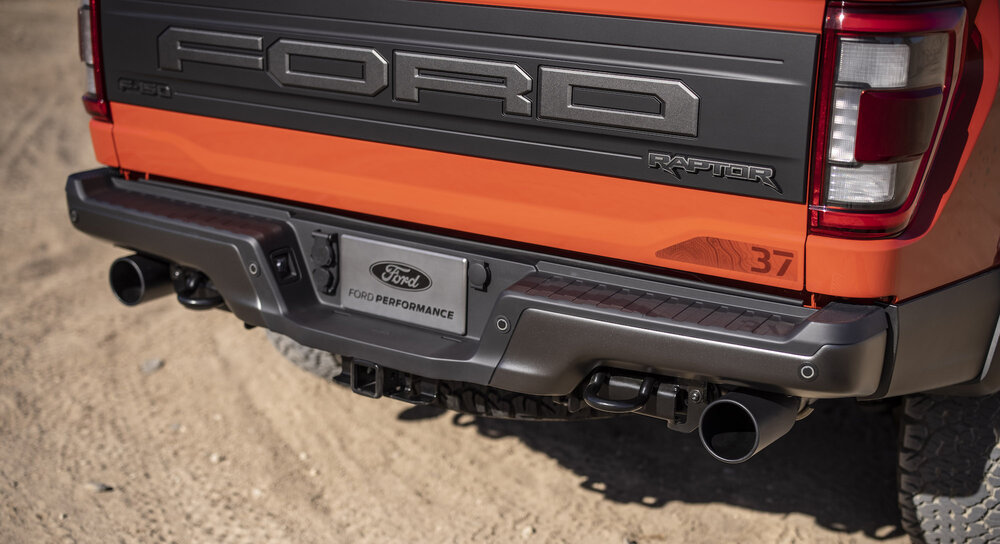 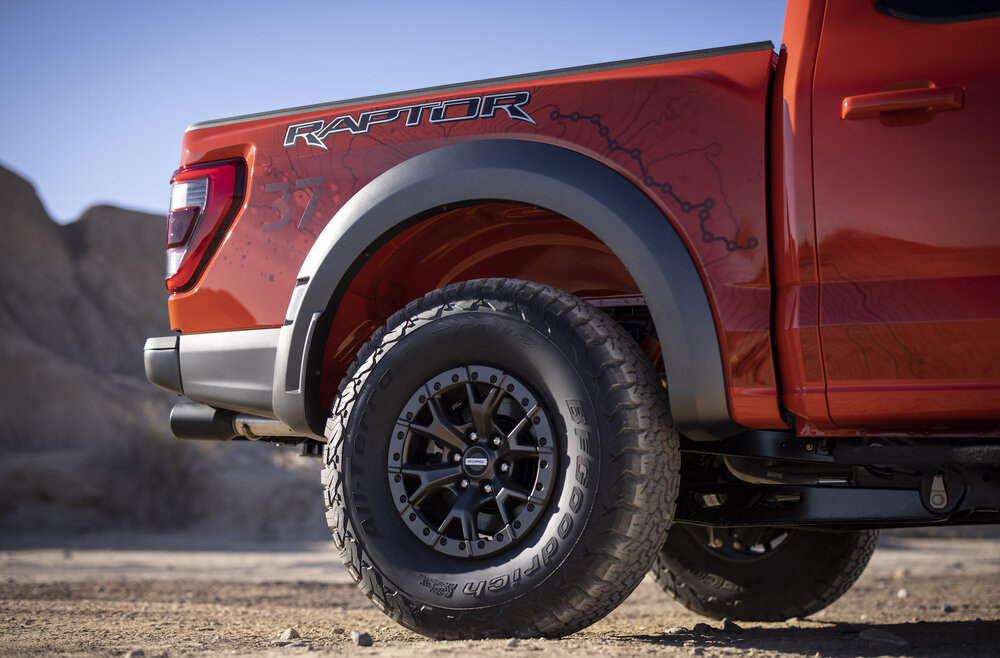 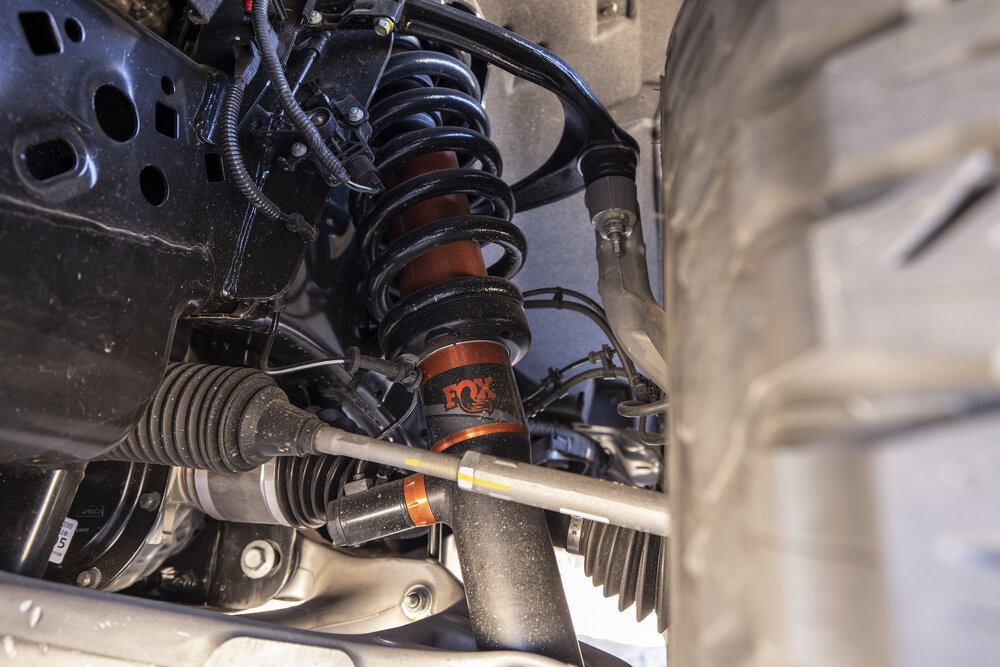 Ford offers the Raptor with 35-inch tires as standard. Buyers can opt for 37s. Three different 17-inch wheels are available, too, two of which are beadlock-capable. With the 35s, the Raptor boasts a 31-degree approach angle, 22.7-degree breakover, and a 23.9-degree departure angle. To put that into perspective, the Gladiator has an approach angle of 43.6 degrees, a breakover angle of 20.3 degrees, and a departure angle of 26 degrees. If buyers step up to the 37-inch tires, the Raptor has 13.1 inches of ground clearance.

Inside the cabin, designers have included most of the modern tech accoutrements buyers would expect. Like the Bronco, the Raptor will have a sharable digital maps option in its SYNC 4 system accessed from a 12-inch touchscreen in the center dash.

READ MORE: OVERLANDING WITHOUT A WINCH

Perhaps the most exciting technological advancement coming to the Raptor from an overlander’s standpoint is the Pro Power Onboard system, which first debuted in the new F-150 late last year. This puts 2.0 kiloWatts of power into the bed of the truck. With the PPO, owners can run power tools, camp lights, and more all from a plug in their Raptor’s bed.

Speaking of the bed, the payload of the Raptor has increased 1,400 pounds and towing has been bumped to 8,200 pounds — a 200-pound increase for both ratings.

Like I mentioned in the intro, the Raptor has felt less like an overland rig but rather a desert hooning truck for the richest of daredevils. And while this new one may also be that, it feels like it is now dipping its tow into the overlanding segment, too. With improved tech and power options as well as an admirable fuel-tank range, the Raptor is starting to become a well-rounded super truck worthy of more than just dune jumping but also hardcore overland adventures, too.

If that weren’t enough, Ford is planning a V8-powered Raptor R for next year. It seems almost unfathomable that the Raptor could get more extreme. But with a reported 700+ horsepower on tap, it should handily out-throttle this new V6-powered Raptor.

If you’re interested in the new, non-R Raptor, it’ll be hitting showrooms this summer.