The 2021 Ultimate Overland 4Runner had seen a number of adventures, all across the U.S., with several drivers before it made it to me. I had watched, somewhat jealously, as the post about Graham’s trip to Engineers Pass, the Overland Trail Tour, and more came across The Compass.

At Overland Expo West, I finally got to check the 4Runner out in person. I was impressed with the build. It was obviously capable, as I heard the stories from the OTT that ended a few days prior, but I was also impressed with the well-appointed accessories. Plainly stated, the rig looked good. The ARB Winch Bumper is a great aesthetic match for the lines of the 4Runner, and it keeps the front of the rig protected on the trail. The KC HiAdventure Lights, Alu Cab Tent, and 23Zero awning make up the trifecta of rooftop accessories that all blend into the build exceptionally well. The saying, “You feel good when you look good,” is at least partially applicable to vehicles, and the 4Runner definitely looks good. 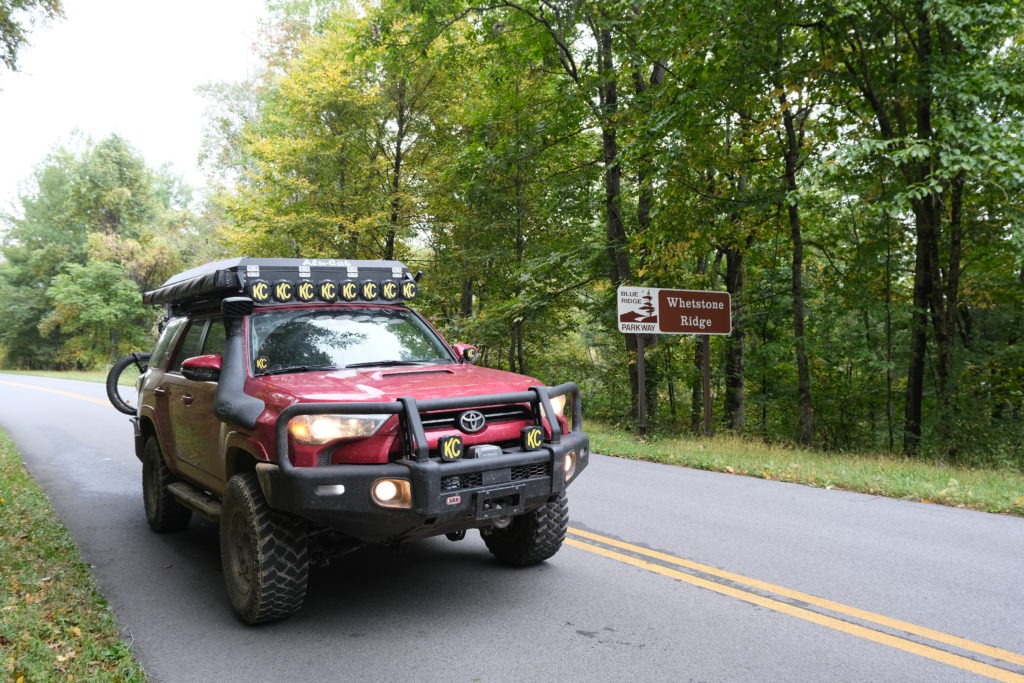 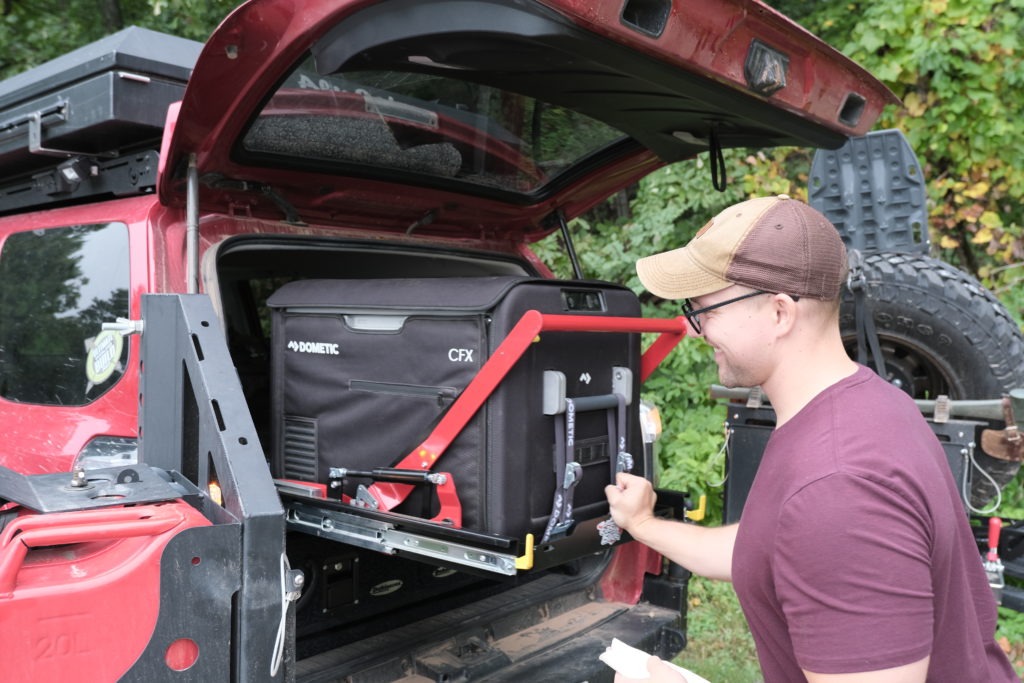 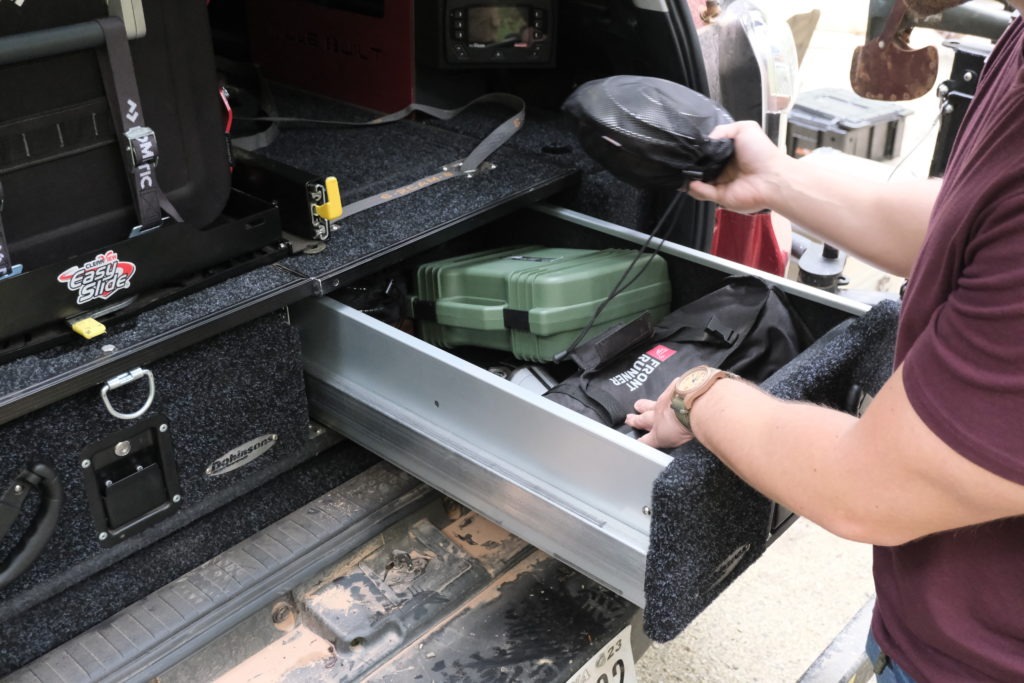 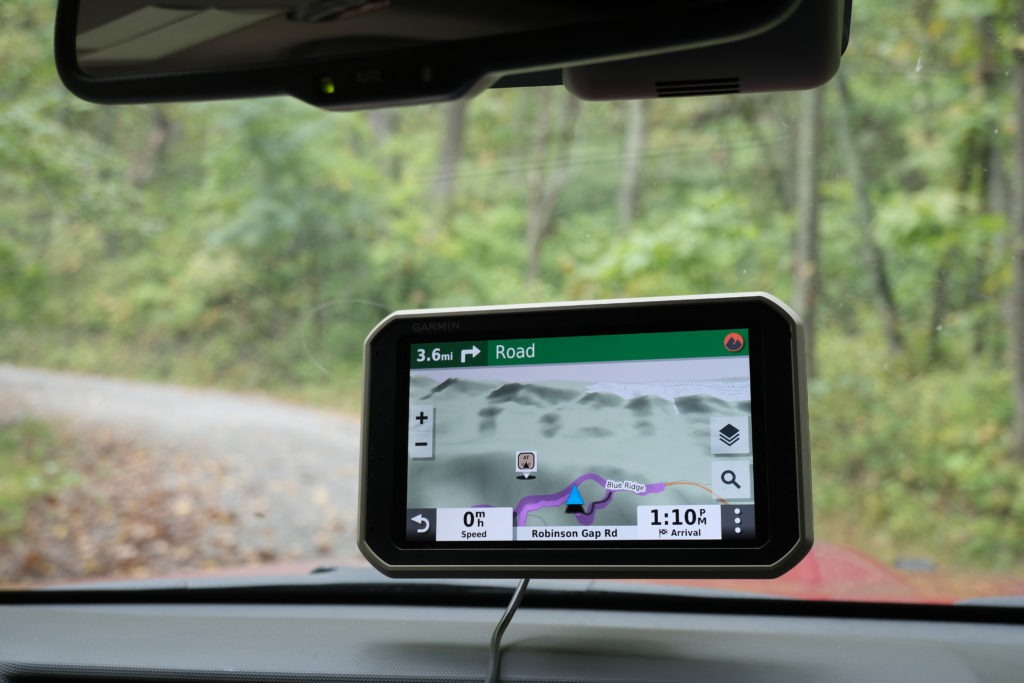 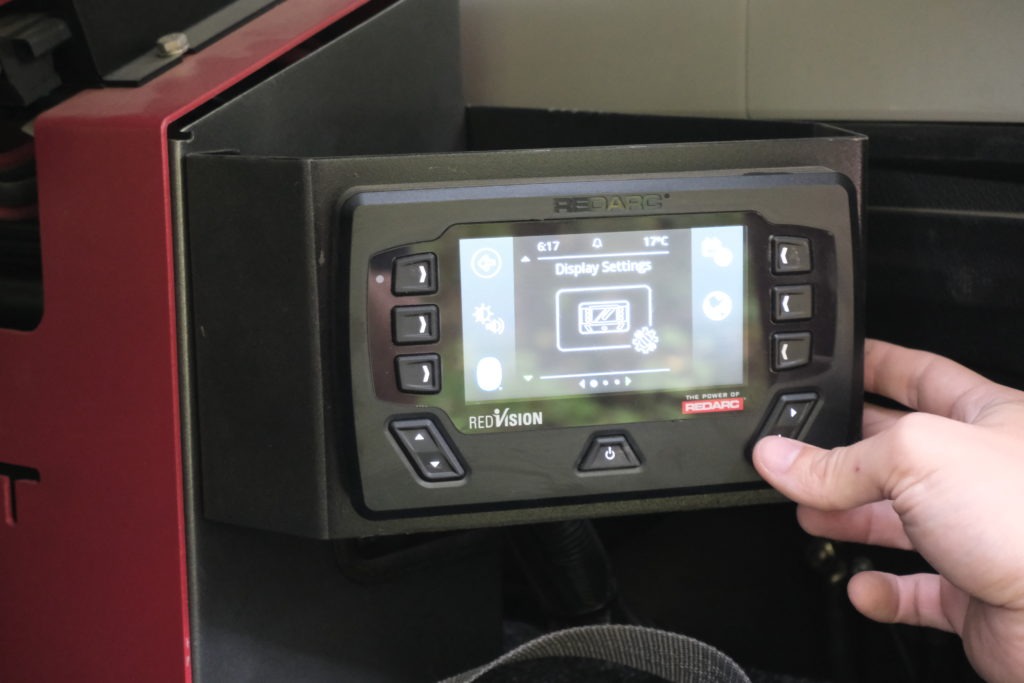 As the week of Overland Expo East approached, I was excited to get my turn in the truck. My friend Stephen and I only had two days until we needed to be back in Arrington for the expo, but the nearby Jefferson National Forest promised to hold enough adventure to fill the next 48 hours. When we got the keys and started to load our gear, I was surprised at how little we needed. A bit of food in the Dometic fridge, clothes, sleeping bags, and camera gear was all that we had to toss into the 4Runner before heading out. Outside of those few personal, everything we needed was already loaded into the drawers and cargo cases.

Our first destination was the Blue Ridge Parkway, and as we climbed the miles of switchbacks, the 4Runner was comfortable and compliant. That morning the parkway was clear of its signature fog, and most likely due to our midweek trip, surprisingly empty of other traffic. While there are plenty of overlooks to tempt you to stop to enjoy the view, we continued carving through the curves that trace the Blue Ridge Mountains. As much as we appreciated the beautiful view, we were ready to get off of the pavement and to test the capability of the 4Runner. 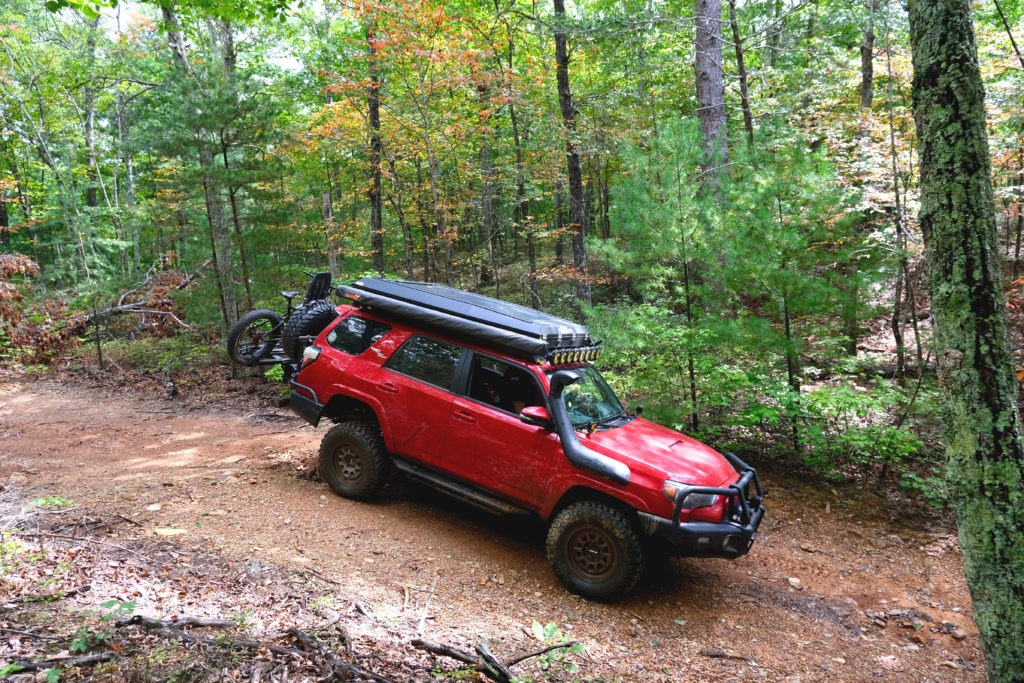 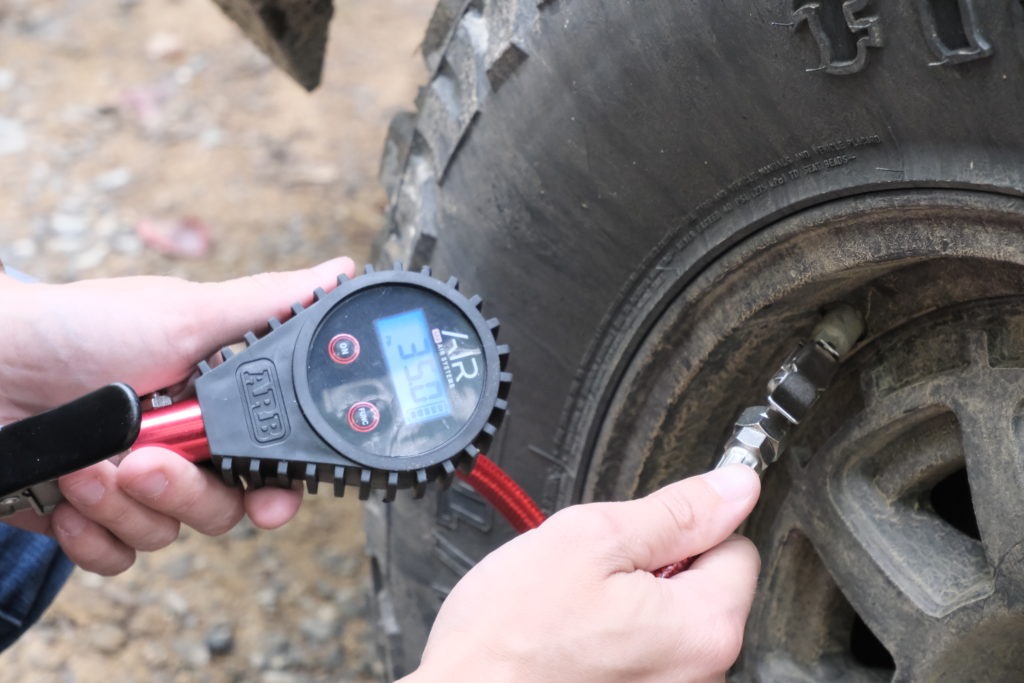 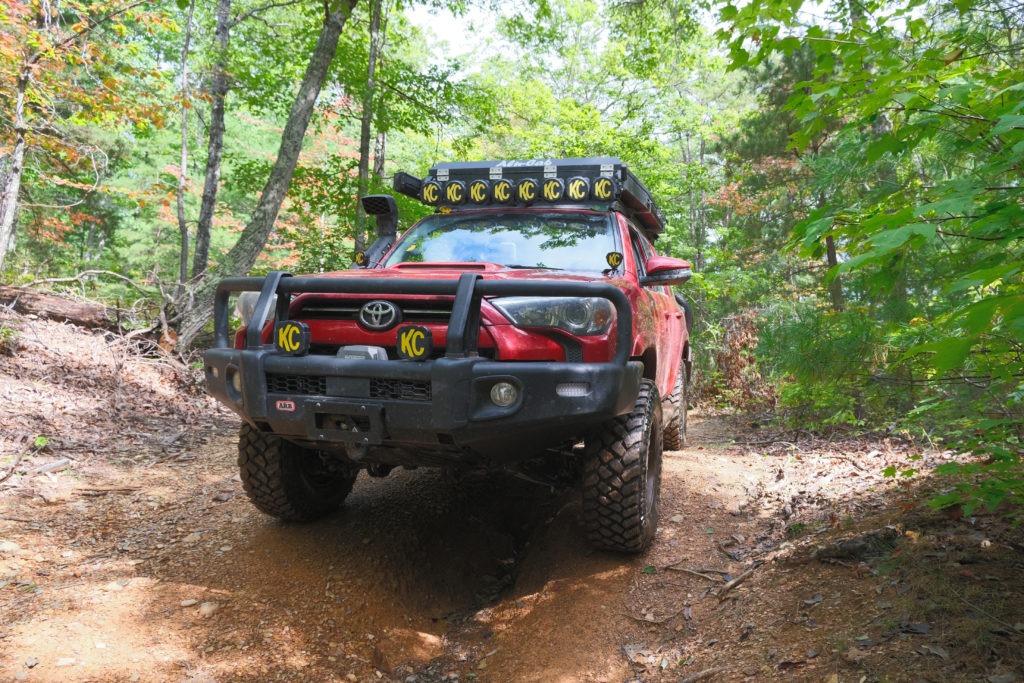 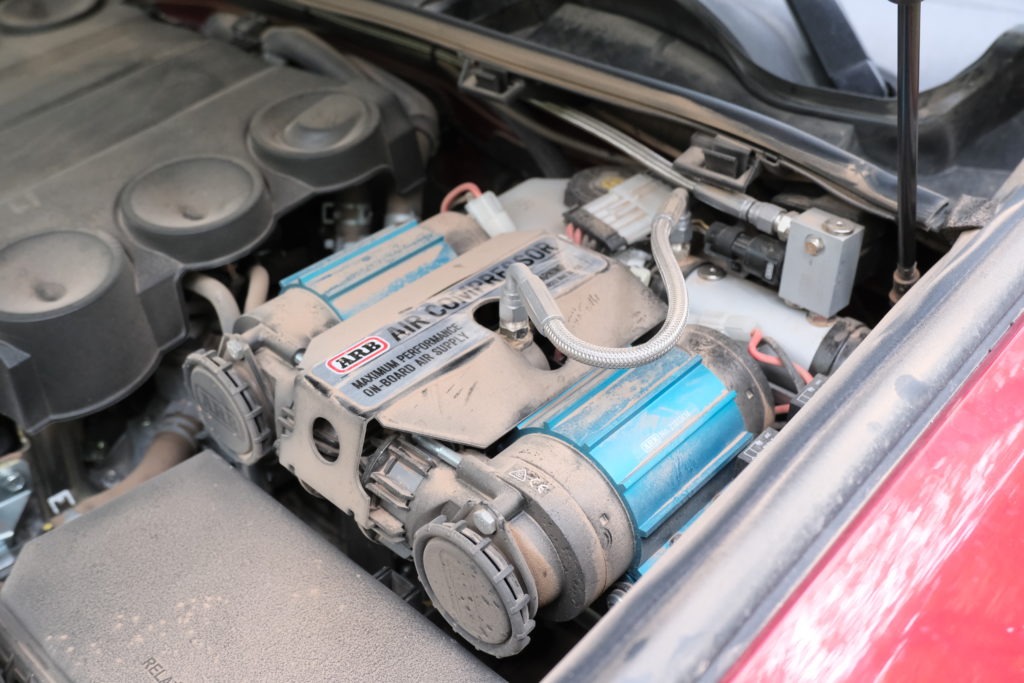 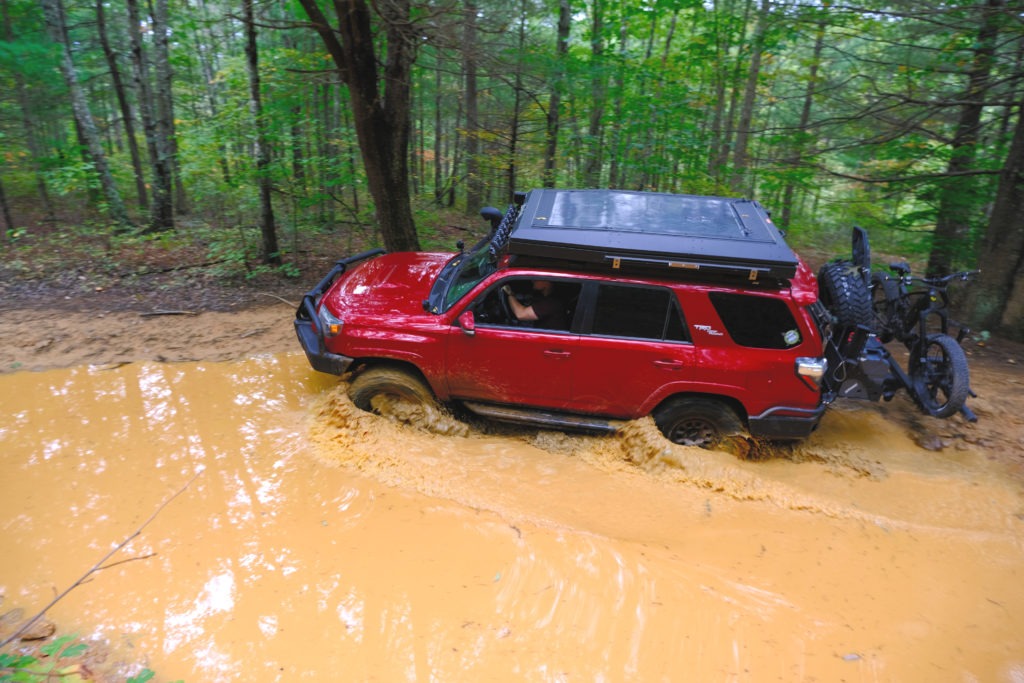 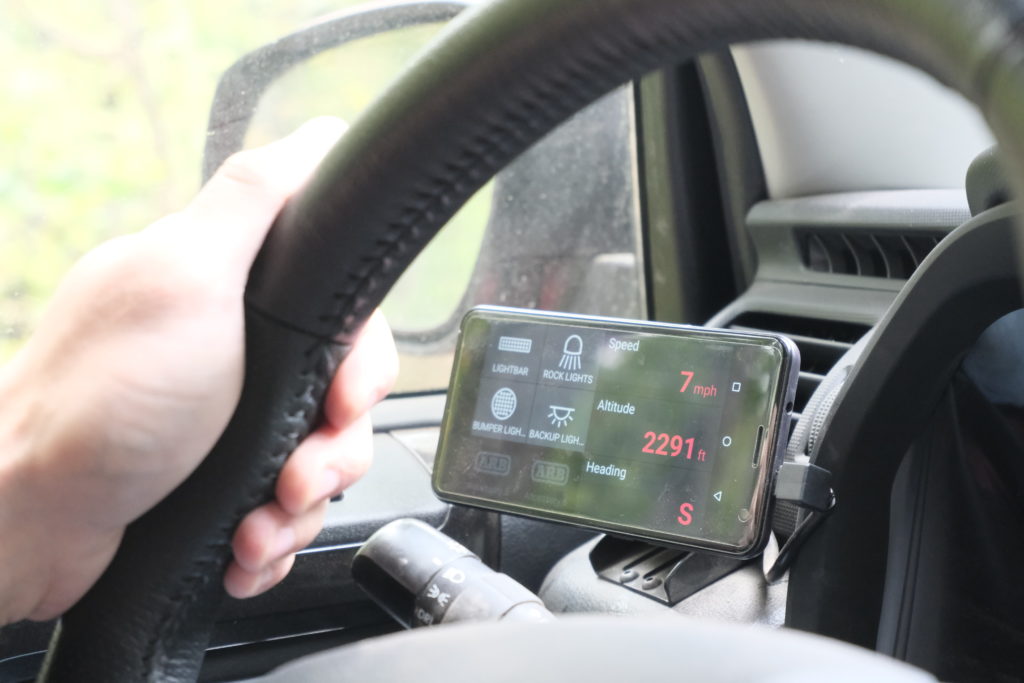 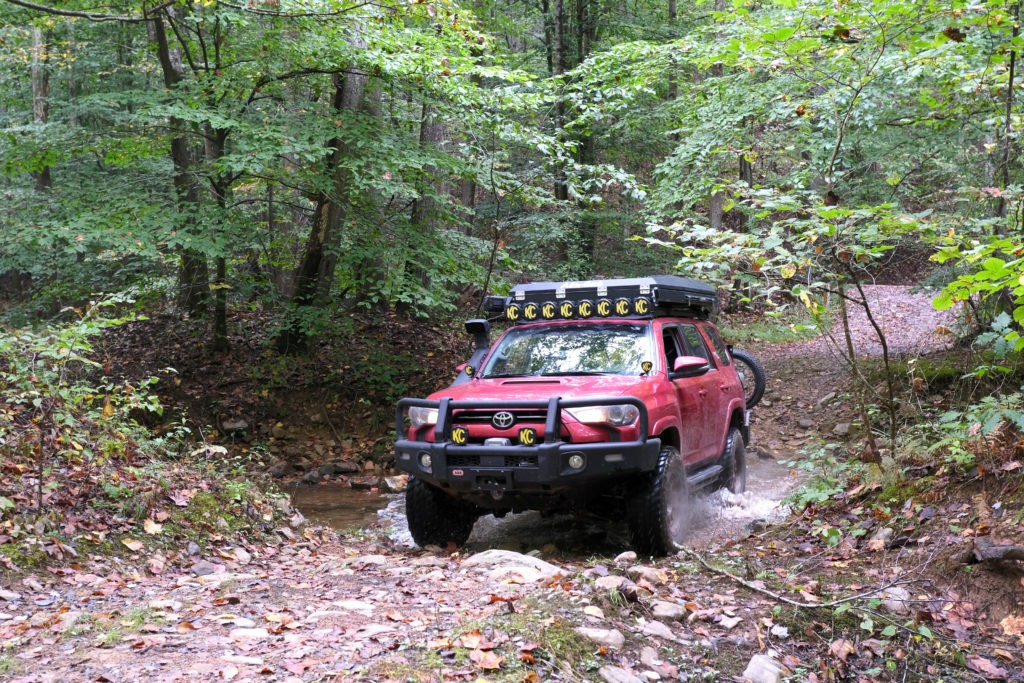 Going into the trip, I had a few trails picked out, and at the top of that was Enchanted Creek. Outside of the fact that it included a tunnel that passed under the Blue Ridge Parkway, my knowledge of the trail’s details were nonexistent. Before we got to the trail, we traded in the smooth tarmac of the parkway for the gravel of Robinson Gap Road. This narrow track ran along the stone walls that support much of the parkway before descending into the valley below. The 4Runner glided along the bumps and corrugation as the Total Chaos suspension components absorbed the rough sections and allowed us to hurry along to more adventurous parts of our trip.

Mere feet from turning off of the gravel, we put the 4Runner into four-wheel drive as a small creek and rocky section of trail disappeared into the woodlands in front of us. As with any rig, we were cautious as we got used to the feel of the 4Runner and learned how it behaved offroad. It wasn’t long until we realized that we would be hardpressed to find a challenge the 4Runner couldn’t tackle.

Enchanted Creek featured an impressive variety of offroad challenges in a small package. We tackled a few mud holes, a couple of steep loose climbs, and even some off-camber sections with ease. The Garmin Overlander kept us on course, while the ARB Lynx helped us keep an eye on our pitch and roll. Fortunately, the signature tunnel ended up being bigger than it looked in photos, and the 4Runner fit without issue. The rest of the trail was appropriately adventurous, but nothing challenged the capability of the Ultimate Overland build.

After we made our way back onto the Blue Ridge Parkway, we headed south. We needed to find a camping spot, and while we had considered a few dispersed options, a quick lap through the North Creek Campground proved that this would be a great spot to spend the night. This creekside campground is operated by the forest service, and outside of the volunteer hosts, we shared the entire place with one other party. 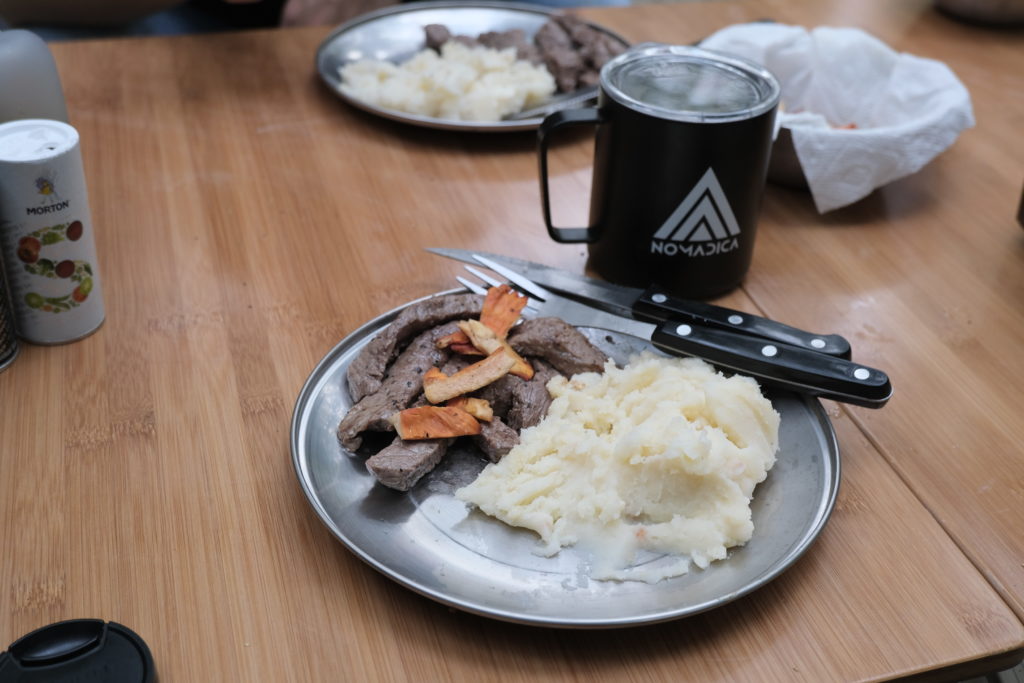 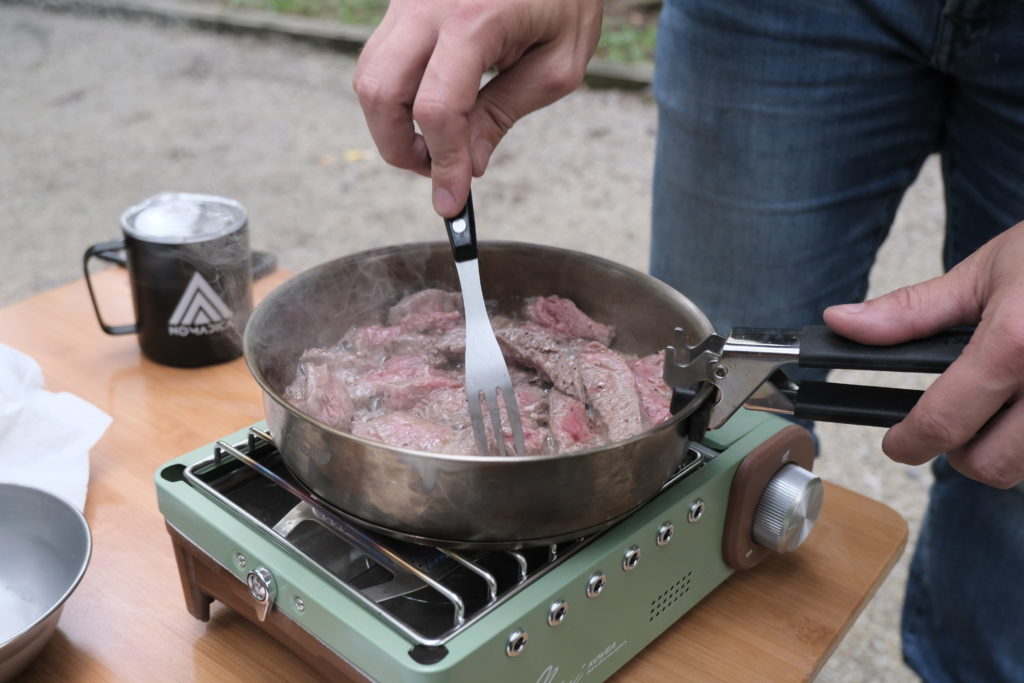 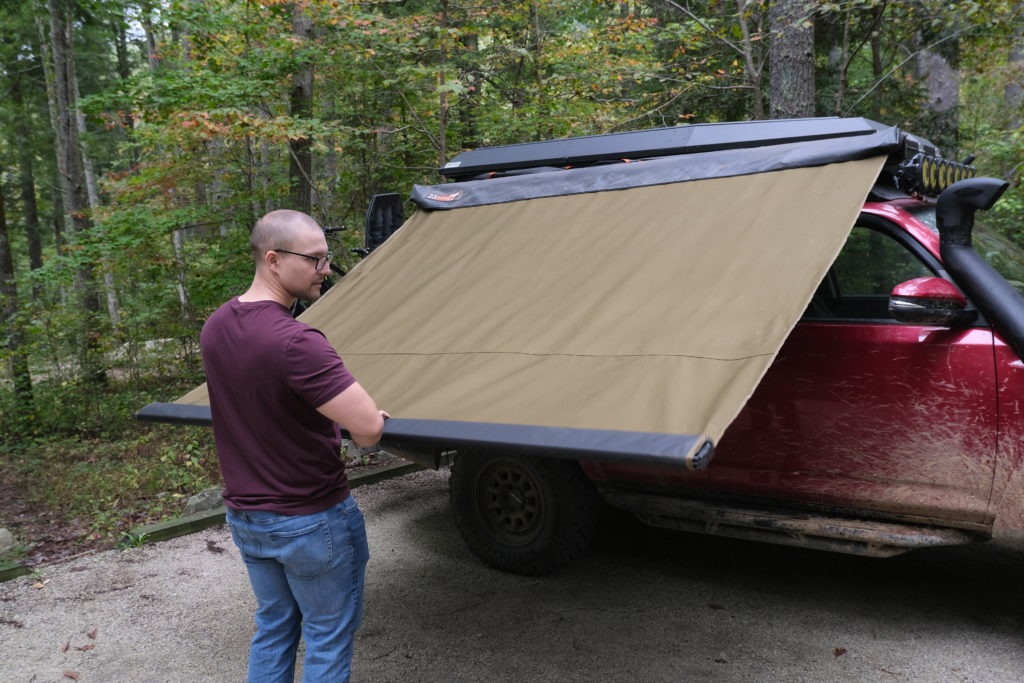 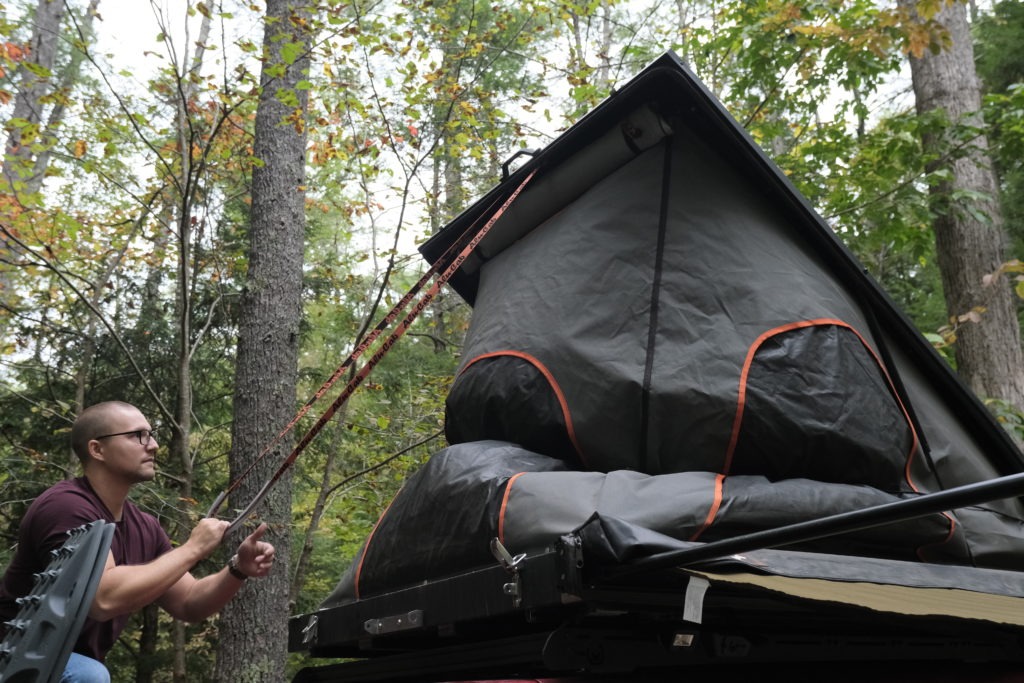 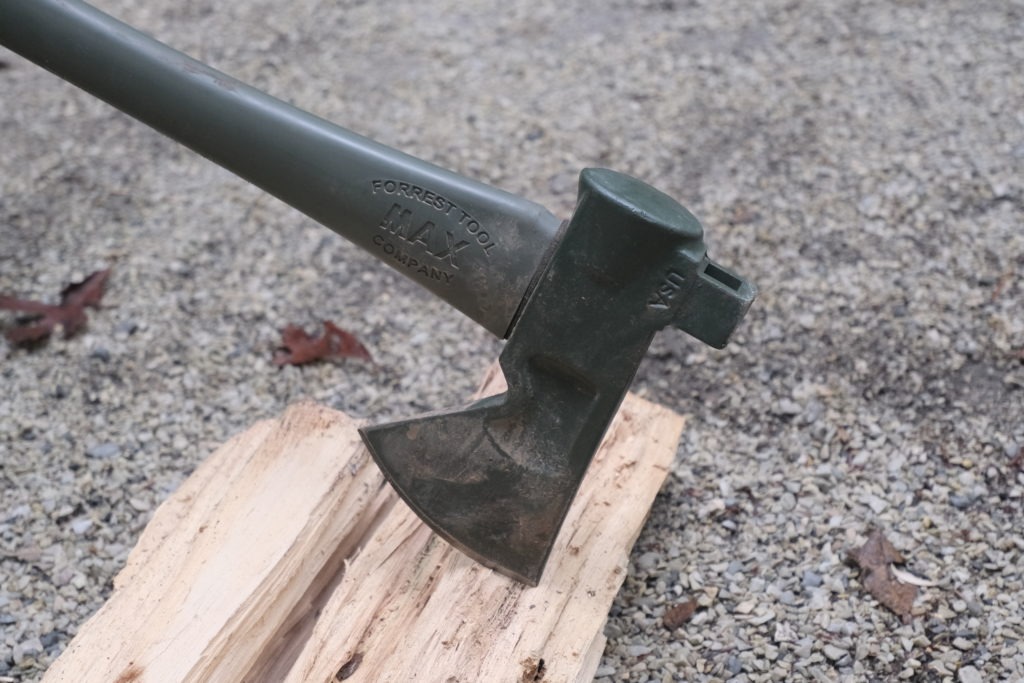 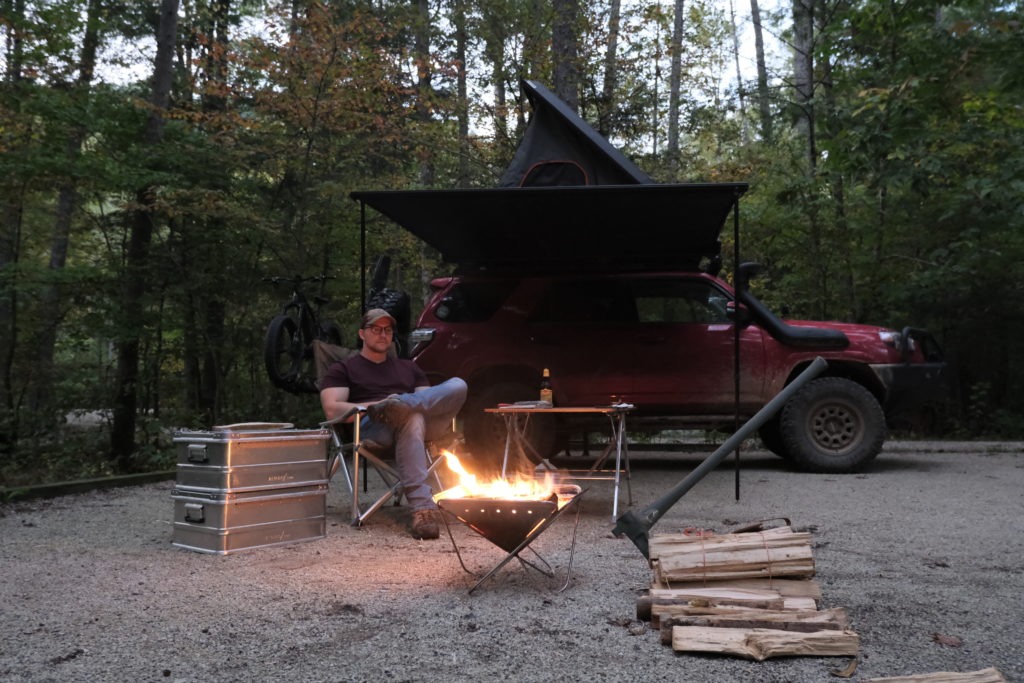 We picked a creekside spot tucked amongst the yellow poplars and hemlocks. Within minutes of parking the rig, we had the tent and awning deployed, the table and chairs from Nomadica set up, and dinner was cooking. The 4runner is perfectly capable of long-term off-road trips, but it’s also well suited for quick overnight jaunts like this trip. Everything we needed was organized in the cases or drawers, and unpacking was so easy it hardly qualified as a camp chore. After dinner, we charged our electronics with the Wagan Tech inverter and climbed into the Alu Cab with background noise provided by North Creek tumbling over the rocks just a few feet away.

As we wrapped up breakfast the following day, our campground hosts stopped by for a visit. They were very intrigued by the tent, and the fridge and onboard solar setup blew their minds. This truck was impressive to someone versed in the world of overlanding, and to those outside of the hobby, it was on a whole other level. We noticed that anytime we stopped, those passing by would pause to check out the truck.

After two days of off-roading, hiking, cruising up and down the parkway, and enjoying the beautiful Blue Ridge Mountains, we headed back towards Oak Ridge Estates and Overland Expo East. After finishing our trip without a single hiccup, the rig was back in the booth, and the components were on display almost as quickly as we had made camp the night before.

While I’ve traditionally been a fan of pickups, the 4Runner impressed both at first sight and on the trip. It not only carried us and our equipment over some rough terrain, but it also served as a comfortable ride on the highways and backroads that bookended our trip. While the ideal overland vehicle would vary depending on who you spoke with, I think something that’s as adaptable, capable, and reliable as the 4Runner would be a strong candidate. I’m already excited to see what the next 2022 Ultimate Builds have in store.